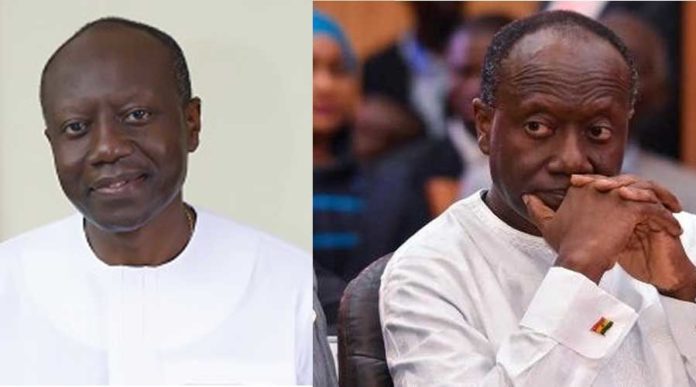 The Minister of Finance, Ken Ofori-Attah has assured the general public that the Ghana cedi will be stabilized in the next few weeks.

The Minister stated that the government is working on the depreciation of the cedi to boost the economy and save failing businesses.

We have officially launched our Eurobond which will be $3 billion and that should close within the next couple of weeks.

Large inflows of foreign exchange are expected in the country soon to help curb the situation”, the Minister stated.

The government has received massive backlash over the depreciation of the cedi as currently, it has depreciated to 5.7 per dollar.

This has caused a high cost of living in the country and affecting the smooth running of many businesses.

Moreover, the Finance Minister is of the view that the country should be able to structurally balance imports and exports as it is the main cause of the depreciation of the cedi.

According to him if Ghana is solely dependent on imports, the cedi will continue to face depreciation no matter the government in power.

However, Ken Ofori-Attah assured Ghanaians that government is working in stabilizing the cedi and the economy.

“With the type of capital that we are expecting to get in a few weeks, we really expect a reversal and stability” he added.