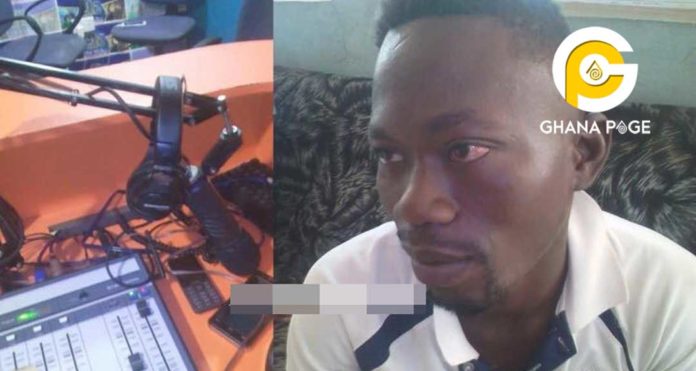 Angry Fire Service officers in Nkoranza in the Bono East Region of Ghana yesterday, Monday 1st April 2019 subjected journalist from a local FM station to a severe beating over a fake “April Fool” prank which they found disrespectful.

On Monday, the Ghana Fire Service station at Nkoranza received an emergency call from the local radio station about a raging fire in a section of the town. As expected, they rushed to the venue only to find out it was a prank from the journalist at the FM station.

SEE ALSO: Over 70 people dead in a VVIP bus crash on Tamale-Kintampo road

Angered by this prank, 10 officers stormed the FM station and severely beat up 6 journalists who were present at the time. They even destroyed some of the equips out of anger.

One of the journalists who spoke after they were beaten revealed how they were attacked and how some working equipment was destroyed by the fire service officer.

“It was horrifying so I tried to rush out of the studios and wanted to go downstairs but they got hold of me and used their boots to beat me. I feel pains all over my body.”

As at the time of filing this report, The Ghana Fire Service administration is yet to react to the assault on the journalist by their staff.