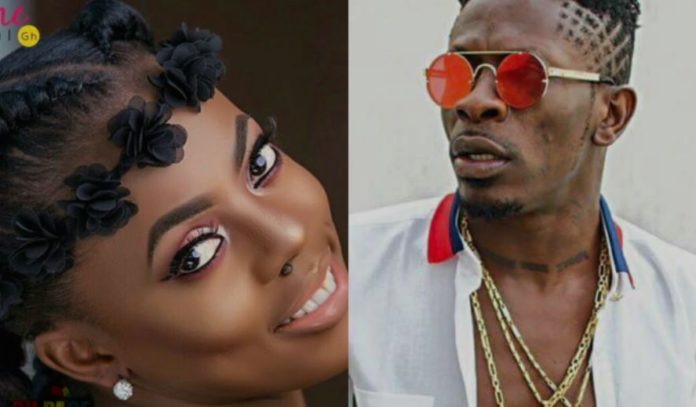 That musical showdown, Ghana Meets Naija, the brainchild of Empire Entertainment aimed at answering the constantly asked question of who is supreme between Ghana and Nigeria – two countries whose musical trends have continuously influenced each other is set to come off today, Saturday, 9th June 2018.

Happening at the Fantasy Dome at the Trade Fair in Accra includes these artiste representing Ghana – Stonebwoy, Kidi, Kuami Eugene, Patapaa, and on the Nigeria side WizKid, Mayorkun, Mr Eazi among others.

Shatta Wale, one of the famous artiste in Ghana at the moment who had featured in the past editions to the surprise of most fans was missing —Is it because Wikid is on the list? most questioned because rumors went around that, Wizkid as part of his condition to be part of this year’s edition requested Shatta to be omitted before he represents.

READ ALSO: Shatta Wale was excluded from Ghana Meets Naija 2018 because Wizkid wanted him out

However, Nana Aba Anamoah, the newscaster who is relatively close to the organizers, seems to have given a hint as to what to expect from this year’s edition.

In a tweet, the mother of one dropped a hearsay, indicating that, Shatta Wale is the surprise act for tonight.

“My boy @shattawalegh, I hear say you be special guest for Ghana meets Naija. I beg waaaa bring along the gringo hat. I wan take complete my Shada! #GhanameetsNaija18”

My boy @shattawalegh, I hear say you be special guest for Ghana meets Naija. I beg waaaa bring along the gringo hat. I wan take complete my Shada! #GhanameetsNaija18

What most will be looking out for is, if indeed Shatta Wale represents, how he will react when he sees Wizkid and vice versa. They can even be on stage together, who knows?