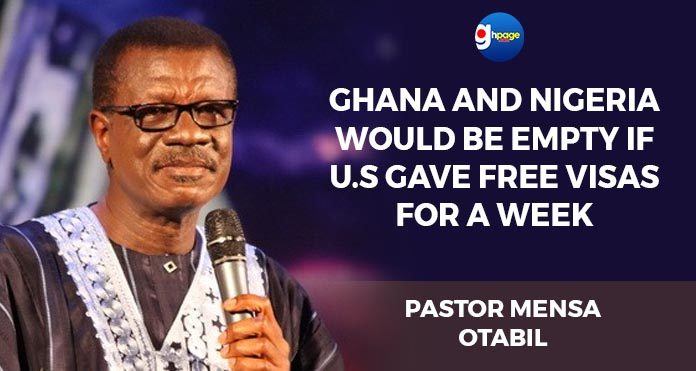 Founder of the International Central Gospel Church (ICGC), Dr Mensa Otabil, has suggested that many Ghanaians and Africans, in general, are tempted to travel overseas due to a lack of hope in their home countries.

Delivering a sermon during last Sunday’s service, Pastor Otabil said the huge number of people who risk their lives on the Sahara desert just to make it to Europe is a testament that many people from Africa are yearning to travel abroad for greener pastures.

READ ALSO: Men Have Been ‘Bumping’ Into My DM Asking For $£x — MzVee

He attributed the situation to the lack of hope by citizens of African countries, insisting the quest to move overseas is borne of hopelessness rather than adventure.

READ ALSO: A video of a man fondling the boobs of Ebony Reigns & Frank Kuri at the morgue hits social media

According to him, there are many places in Ghana like the Mole national park and other sceneries that are perfect for adventure yet most Ghanaians “have no sense of adventure”.