List of Ghanaian celebrities who invested with Menzgold &amount invested

Exclusive: List of Ghanaian celebrities who invested with Menzgold and how much they invested [Details] 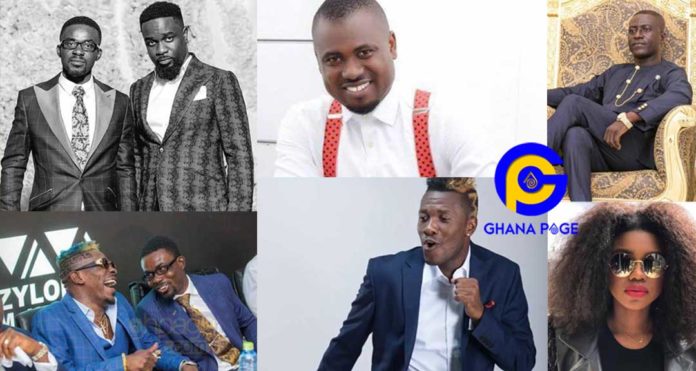 Menzgold and NAM1 are the two most popular terms in Ghana presently. Nana Appiah Mensah affectionately called NAM1 is currently the most wanted man in Ghana after an Accra circuit court judge issued a warrant for his arrest for “defrauding by false pretense”.

Whiles thousands of ordinary Ghanaians have come out to reveal they have thousands of their cedis invested with Menzgold, very few well known and prestigious personalities have confessed they fell for the “scam”.

Ghpage.com, your most trusted news website has exclusively received a list of Ghanaian celebrities in Ghana who has invested with Menzgold and how much each invested.

SEE ALSO: Meet John Ackah Blay-Miezah the man who invented ‘419’ and robbed millions of people all over the world – NAM1’s ‘Grandfather’

This list was leaked by one of the workers of Menzgold who were asked to go on compulsory leave in late 2018. The said worker happens to be a trusted source of Ghpage.com

Although Shatta Wale had stated in one of his videos that he invested over 5 million dollars in Menzgold in reality, he has a little over 700,000 locked up.

We are told he was advised to invest part of the money Zylofon used to sign him at Menzgold by Nana Appiah Mensah. Every artist who was signed invested part of their money with Menzgold at better conditions than the 10% given ordinary Ghanaians. Only Zylofon artist, Stonebwoy’s name is not on the list.

Already there are other names of celebrities such as Yvonne Nelson, A Plus, Tracey Boakye and others making rounds on social media, the above list is an authentic report given to Ghana Page by a trusted source.

Stay with Ghpage.com for more on Menzgold soon.