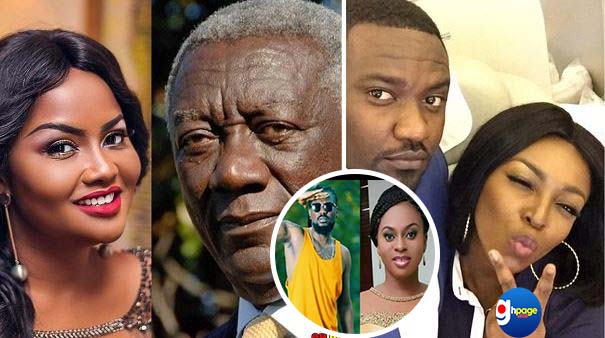 Ghpage.com had written several Ghanaian relationship articles. Those that didn’t work out and the ones that ended up in scandals have all been clearly written on this blog.

READ ALSO:What you didn’t know about these 7 celebrity relationships that didn’t Work

However, it is Ghpage.com‘s “business to put out what nobody knows or perhaps what you knew but needed more clarification.

Of course, we have to be very honest about it in as much as we can. It’s not our fault, that’s where Ghpage.com find itself now.

Most celebrities across the world always want to hide their relationships and still haven’t been able to figure out why these popular figures always decide to do that.

To me, I think it’s a matter of insecurity or both not sure whether the relationship will work out even before it starts.

If it works out well, hurray!!, we let the world know, if not, then we go our separate ways.

In fact, a lot of the celebrity relationships in Ghana but with an exception of a few are hidden and we only get to hear until broken or when it’s finally over.

READ ALSO:Photos: Kumawood actress, Vivian Jill Lawrence shows off her cars, house, and other properties—Also reveals she is one of the richest actresses in Ghana

As they say, there is a little bit of truth in every rumor … So Ghpage.com today takes you through 10 Ghanaian Celebrity Relationships You Never Knew About or as stated earlier, those you knew but need more clarifications.

And oh Don’t forget to share or comment after reading — It tells us to bring you more..Let’s take a ride;.

That was not all, but several rumors flew in that Adebayor has started spoiling the Ghanaian actress with car gifts (Adebayor is one of the richest footballers in Africa and of course, could easily afford them- You remember he bought a car, in fact, a Range for comedian Funny Face?).

READ ALSO:I have se.x with my husband everyday unless I’m sick or menstruating – Okyeame Kwame’s wife

And as Adebayor could get Yvonne Okoro any day which made everyone believed they actually dated.The actress came out to deny the claims but once again, there could be a little truth to every rumor.

Continue Reading from the next series of pages