Emelia Brobbey , Jackie Appiah ,Nana Ama McBrown and 6 other Ghanaian female celebrity divorces that shook the foundation of Ghana and got everyone talking 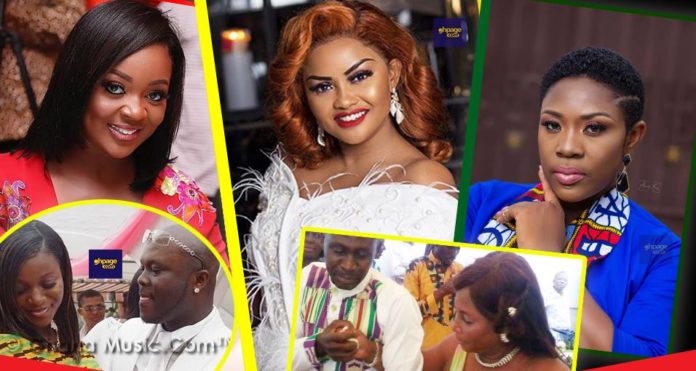 In the olden days( about 2 or 3 decades ago) marriages were so strong it could last forever but these days, unfortunately, it seems to be easy to just rush to court to get a divorce even when the marriage is just a week or 3 months old.

In Ghana, for instance, most of the female celebrities find it difficult to settle down but the few who are also able to get some to marry them end up been separated or go through failed marriages.

Today, GHPAGE.com will walk you through Ghanaian female celebrity divorces that shook the nation and most Ghanaians talking.

Kumawood actress Kyeiwaa’s marriage lasted for only four days. Yes, you read it right. Four days! And it became the talk of the nation for days.

The 54-year-old actress got married in a highly publicised ceremony to one Daniel Osei on one Sunday, 30 August 2015 and by Thursday, 3rd September, the marriage had officially been canceled.

The reason for this short stint of marriage was that the new husband was already married to someone else.

And According to Kyeiwaa, she didn’t know the man was married and not in any of their conversations he told her. Till date, it has been the shortest celebrity marriage ever in Ghana.

Afia Schwarzenegger got married to Abrokwa and a few months later, their marriage became the biggest scandal in the country.

news of Afia Schwarzenegger and her husband, Lawrence Abrokwah divorce made headlines when a n*de video of Afia real name Valentina Agyeiwaa and another man was released online.

Not only that, the Popular TV and radio presenter has been in some serious marriage scandals even before the one with Abrokwa.

Afia just as Kyeiwaa’s was married to a man who was also legally married to another woman with kids.

The Kumawood actress and now show host, Emelia Brobbey’s relationship and marital affairs just as her divorces are so complicated. One thing today, another tomorrow.

As far as GHPAGE.com knows, the actress has been divorced twice but claims, it is only once.

The actress in an interview on Kumasi based Ultimate FM stated that, in her quest to taste how lovemaking was while at the Kibi Teachers College of Education pursuing her ‘Cert A’ in the Eastern Region, she got pregnant with her first son.

She went on to marry the man but later got divorced.

Now, in another interview on the Delay Show in 2016, she admitted getting married to former husband, Dr. Kofi Adu Boateng, of Endpoint Homeopathic Clinic.

But divorced again because the doctor had secretly married another woman when he was reported to be having issues with Emelia Brobbey.

The doctor accused the actress of many offenses including promiscuity on her part but Emelia Brobbey has denied those allegations.

Obaapa Christy was known Christiana Love because she was married to Pastor Love Hammond who was also her songwriter and manager.

Their 9-year marriage did not work amidst several accusations from both parties which then became a topic for discussions on national radio and television in 2010. Even in 2018, their divorce is still being discussed.

She finally married Nana Yaw Franke in 2014, a man who according to Pastor Love broke their marriage. She had initially denied dating Frankie, referred to him as her manager in Germany but they welcomed their first child earlier this year.

Nana Ama McBrown was once married to an Ashanti chief by name Nana Wiafe Akenten in 2008.

Their union hit the rocks on the back of maltreatment from the chief and the fact that she couldn’t bear him a child.

After their separation, she dated Okyeame Kwame and now married to Maxwell Mensah.

Jackie married Mr. Peter Agyeman in 2005. Their marriage which produced a now thirteen-year-old son did not last.

In recent times, Jackie refused to take a picture with her former husband in public which indicates that their marriage really ended on a bad note.

Their son, Damien, is so grown and even flaunting his car on social media.

The union between Juliet and Kwadwo Safo (son of the Ghanaian engineer and founder of Christo Asafo church, Safo Kantanka) came to an abrupt end when Juliet took to the media to announce that she’s divorced.

The marriage produced a child but that couldn’t settle it.

After her divorce, she has been reported to be in a series of relationships but seems all did not last.

Her recent relationship was a Nigerian musician, Iceberg Slim, but reports have it that they have broken up.

In fact, Esther Smith is one of my favorite female gospel musicians ever and was really heartbroken when her marriage scandal was constantly discussed on the radio.

By then, it was the hottest scoop in town as every radio listener was eager to know or hear where the next allegation will come from.

She was accused of infidelity by her then-husband, Rev. Kwame Ahenkan Bonsu. Morris Babyface, now Morris Da Voice came into the picture which the husband accused them of having an affair.

Not only the husband was making the accusation but the gospel diva Esther Smith also accused Rev. Ahenkan of beating her up and having an affair with their housemaid. Their four-year marriage finally came to an end. 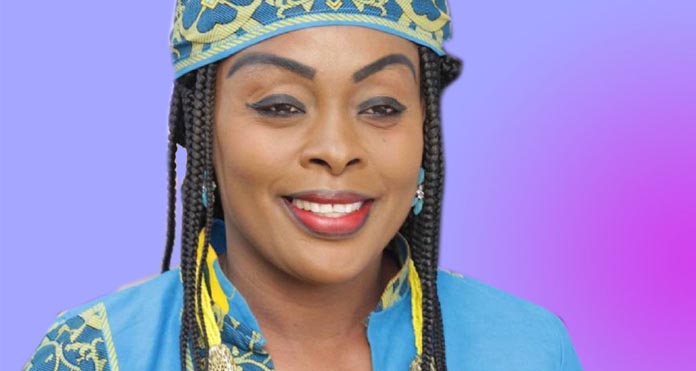 The two former members of the Ghanaian music group, Nakorex gave the public a distasteful divorce after 15 years of marriage.

According to Akosua, Amandzeba Nat Brew do not even call home when he traveled abroad. More allegations led to their divorce in the end.

Talented Kidz is an annual show organised to unearth talents in especially the young ones in Ghana. This show has brought out the best in...
Read more
Top 10 in Ghana

David Adedeji-Adeleke known by the stage name Davido is a Nigerian Singer, Songwriter and record producer, who was born on 21st November 1992 to...
Read more