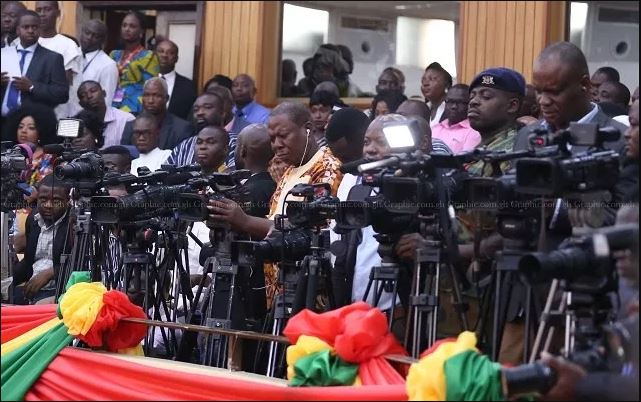 No matter how Ghanaians lament on the recent prediction of death prophecies in the country, it seems is not going to end anytime soon.

Well, another prophet has predicted the death and suffering of some journalists in Ghana in 2019 revealing that two uppermost journalists will be murdered.

The doom prophecy on the Journalists was among dozens of prophecies made by the Founder and Leader of New Jerusalem Chapel (NJC) in Kumasi Sokoban on the 31st night.

He stated: “There will be a great war for all journalists in the whole world. Some of them will be murdered. Others would be hated. But in Ghana, I couldn’t save two top journalists I see being murdered and who must pray”.

Though Bishop John Yaw Adu did not specify names of persons linked to the prophecies, he indicated that he saw them die in his revelation but was unable to save them from the suffering preceding their deaths.

He, however, stated that it indicates that, indeed the country is going to lose two great journalists in the year 2019.

This is not the first time the man of God is prophesying about death in the country.

In 2017 at the same time and event when faithful had gathered in his church to pray to welcome the just ended year 2018, he made a series of prophecies.

Read Also: “Leave us alone, just wish Fella and I the best” -Medikal

Amongst them was the fact that, flooding will lot of people in Kumasi and for the first time in more than a decade, Kumasi was amazingly flooded killing more than seven people leaving dozens homeless whiles it also destroyed properties.