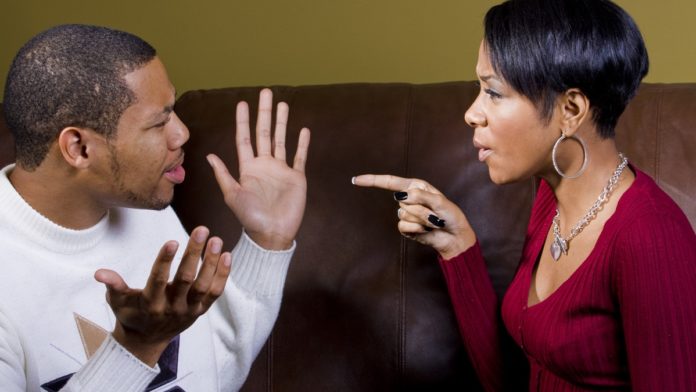 It’s unfortunate how married couple who used to be madly in love now become enemies over minor issues.

There are several reasons why marriages break down but the common reason is infidelity or lack of intimacy.

Ghpage.com has chanced upon audio of a Ghanaian lady and her husband exchanging words, disgracing and raining insults at each other over marital problems.

The lady identified as Freda called her husband all sort of names adding that his ability to satisfy her in bed is very poor.

According to her, since they got married three years ago, her husband has never satisfied her in bed.

In her submission, the lady disclosed that her husband after getting married to her, he bought a car for her and also facilitated her process to travel overseas.

However, she abandoned the husband with whom he has two children because he couldn’t satisfy her in bed.

The husband, in turn, described his wife as a shameless prostitute, jumping from man to man.