Ghanaian man living in Dubai, Keegan exposed by friend after disguising himself as US citizen to dupe Gh ladies [Details] 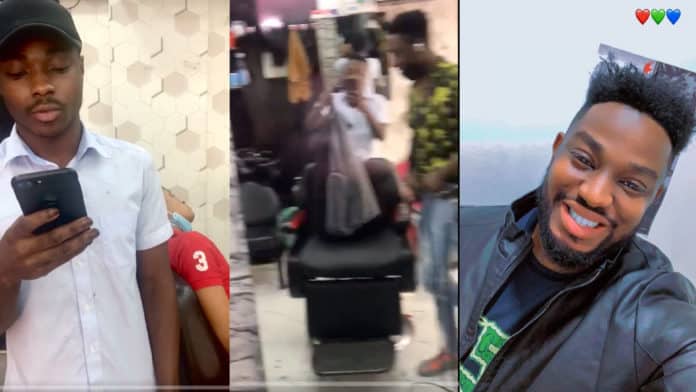 Keegan is a Ghanaian man living in Dubai who under the guise of living in the United States succeeded in duping ladies back home in Ghana.

This exposé was done by his barber friend in Dubai after Keegan reportedly stole his iPhone, deleted photos and escaped without any traces.

Even before that, Keegan reportedly duped a lady living in Ghana of GHC700 after promising her relationship.

Chichi, the lady in question has come out to state how Keegan was able to cunningly deceive her which resulted in her transferring the money to her.

Although she has asked for a refund of her GH¢700, Keegan’s whereabout is very much unknown. Chichi gave out the information below.

Lemme clear something up, i never blocked anyone with my account Keegan did! How can I be blocking someone for no reason, how? Btw i unblocked all the 99+ people he blocked.

Some of you don’t have feelings at all ,you calling me childish,depressed, and stupid for what I did?? lol maybe for awhile I was depressed but not anymore I MOVED ON . So if you still calling me that , you must be stupid. nonsense.

?t seems like some of you don’t get it….700cedis is no money to me honestly, i never wanted to bring this issue on the TL but the fact that this is what he has been doing to people (innocent people) who only wanted to be loved is what is hurting me now 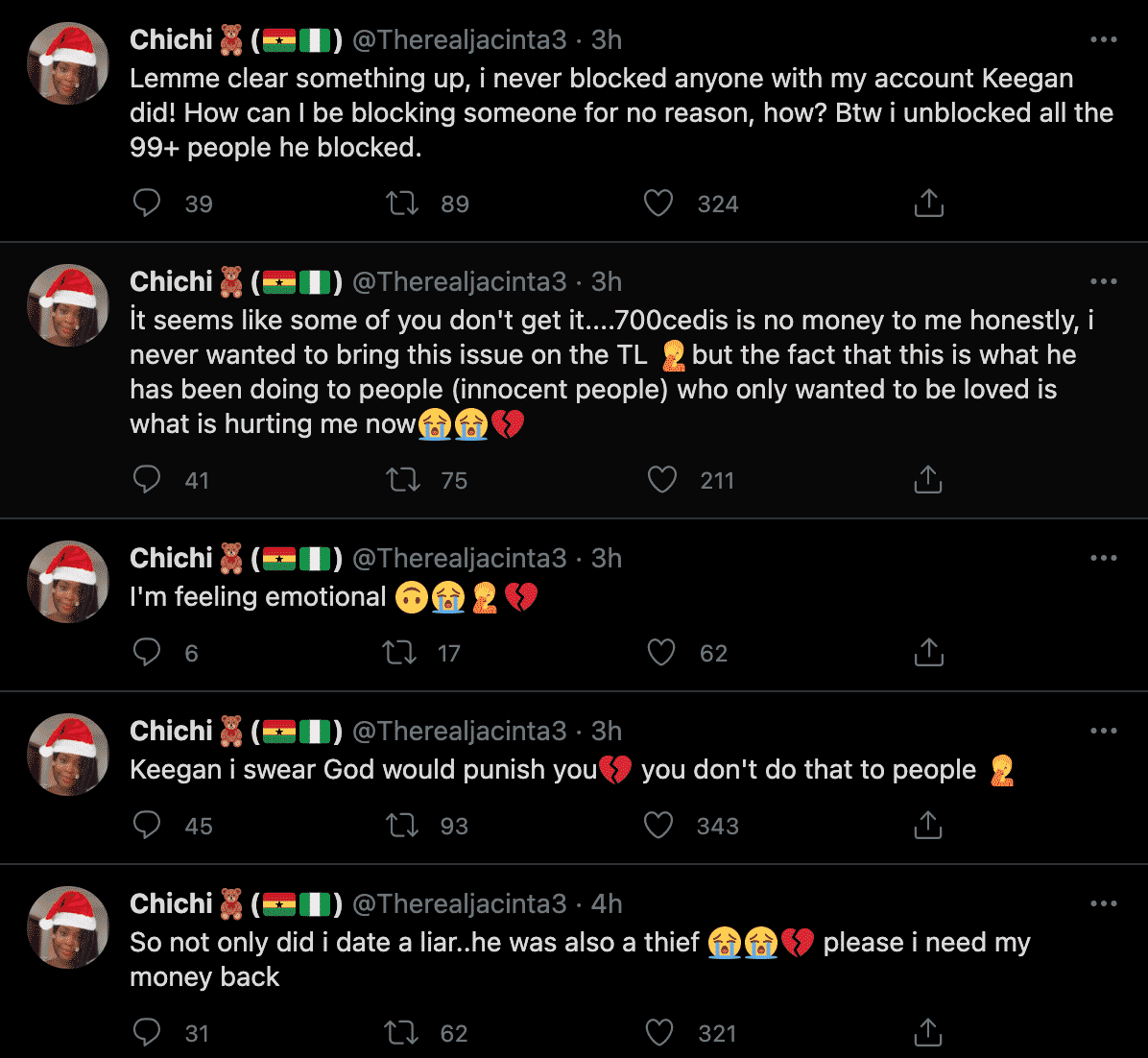 Well, Keegan’s barber friend who knows him inside out since both live in Dubai has come out to spill the beans and reveal the shady deals he has been up to.

According to this friend, Keegan was a thief who had bolted away with his iPhone 13 and iPhone 8 and gone into hiding in the Deira City of Dubai. In a series of Twitter posts, this gentleman said he was ready to reward anyone who could help him find Keegan. 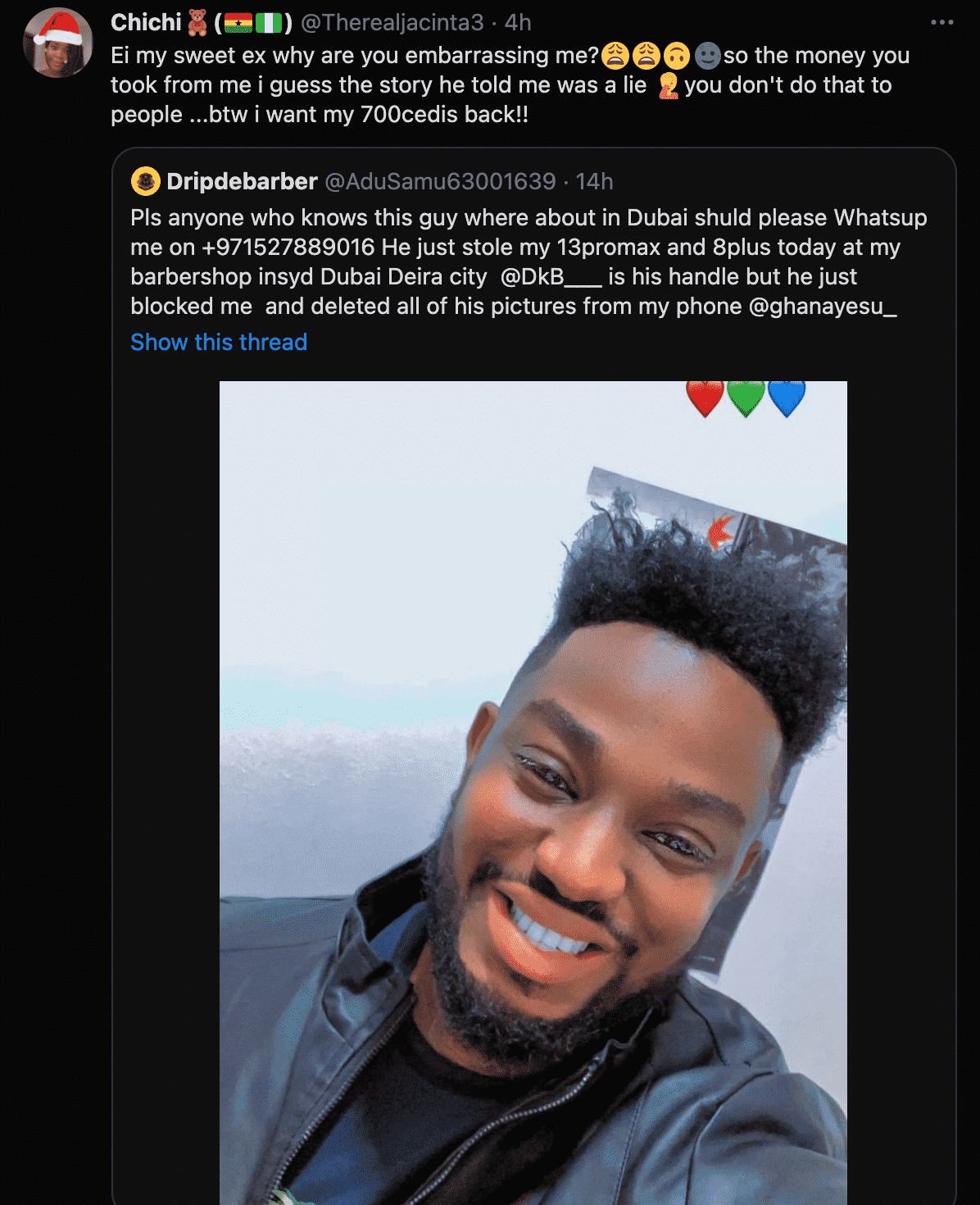 He added that Keegan was a broke guy in Dubai who took nice photos to fool ladies in Ghana. According to him, contrary to popular knowledge, Keegan was not a US citizen nor was he living as big as he made those on social media feel.

Before sharing a video account of the living condition of Keegan in Dubai, this friend wrote the following:

Check Out The Videos He Shared Below

The exclusive part of Dubai they never showed you ? ? ? pic.twitter.com/8RuWb8JzeM