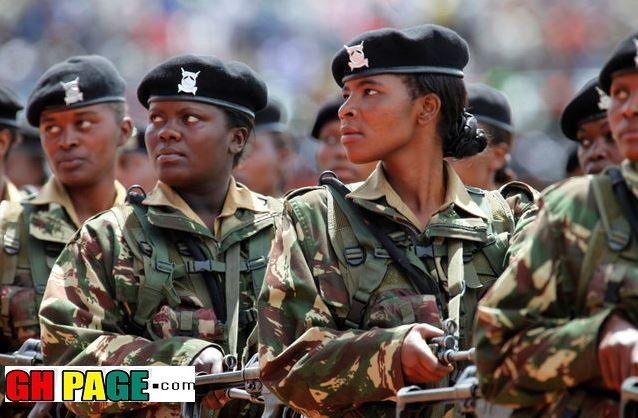 This is an interesting subject because when it comes to relationships and the matter of choices—Everyone has their own preferences.

However, some Ghanaian military women feel they are being stereotyped as they feel Ghanaian men don’t make advances towards them because they are wearing ‘the uniform.’

According to what Ghpage.com gathered, these frustrated military women are at the Burma Camp and they mentioned that Ghanaian men fear to propose not to talk about marrying them.

When quizzed as to why men feel reluctant to ask them out, one said, they only reason could be that the men are afraid them.

These army women appear to feel that, they have sacrificed their love life at the expense to serve their country and that decision is really costing them.

“ We took the hard decision to defend and serve mother Ghana and we never anticipated that it was going to cost us an opportunity to find our life partners”, Memuma Sadick, 26 ( NB: Real Name Withheld).

One also stated that it’s been years she has been in the service and not a single man have approached her and that’s worrying.

“It has been more than 4yrs in the service and not a single man has made an attempt to approach me not to talk of proposing to me. Apart from being a military woman, I am human too with needs.., how do you expect me to give out my best when those needs are not met?” Martha Mahama, 29 (Real name withheld.)

Well, this has to be a matter of choices and how they carry themselves around.Nevertheless, I have also seen a lot of military women who are happily married.And according to them the numbers are not encouraging and there are a lot of them who remained spinsters for the rest of their lives and this is the time to tell their story.

READ ALSO: Remember Gospel Musician Kwaku Gyasi? This Is How He Looks Now

So now, guys what do you think and why do you not propose to military women? Share your views in the comment section below.