Ghanaian musician to be shot on stage – Eagle Prophet reveals 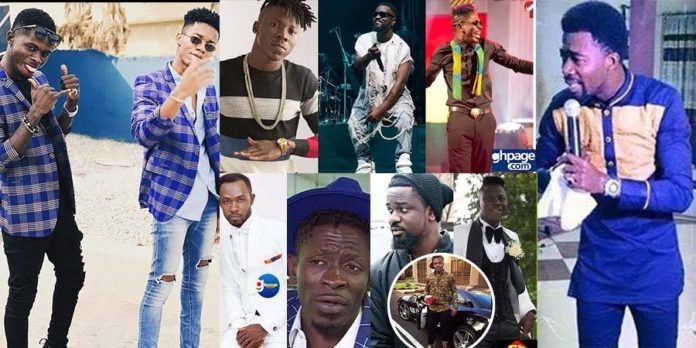 Prophet Reindolph Oduro Gyebi popularly known as Eagle prophet has predicted the death of a prominent Ghanaian artist but refused to mention the name.

The Eagle who made this revelation in the studios of Kasapa 102.5 FM revealed that God showed to him in a vision that a young musician is about to lose his life due to the kind of people he will associate himself with.

According to him, he saw a thick cloud with blood oozing out of it and per his interpretation given to him by God, the said artist is young and is making waves in the industry. Due to this, some evil people have decided to stop his shine by taking his life spiritually but because of the divine protection from God on his life, it’s been difficult for them and the only way they can get his soul is to drag him away from the love of God by introducing big artistes into his career which he will see as a blessing but it a curse in disguise.

Narrating further, he stated that he will be introduced to an artist who’s known in Ghana and worldwide that is when he will get to drag him away from God’s protection making him vulnerable to their deadly plan.

According to the Eagle Prophet, the artist in question will accrue following and will be made to mount a stage with the biggest audience of his life ever and from nowhere, he will be shot to death. He further stated that the culprit will never be found.