COVID-19: Ghanaians and other Africans ejected from their rooms and hotels in China 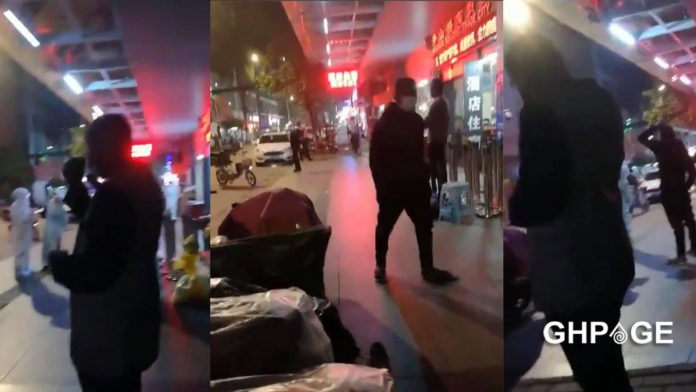 Ghanaians and other Africans resident in China are complaining bitterly about how they are being maltreated in China by the authorities in the wake of the Coronavirus outbreak.

In a video received by Ghpage.com, a Ghanaian claims Africans in China including residents from Nigeria, Gambia, and other countries have been ejected from their rooms and hotels.

The narrator in the video explained that they were quarantined by the Chinese authorities for days.

They were released by the authorities only to be rearrested and quarantined again.

After the release, they were thrown out of the hotels they were staying and from their homes. Instead, they were told to go ad stay in an expensive hotel which the can’t afford.

As of now, they are homeless and are sleeping on the streets of China and hoping for a miracle, the narrator revealed.

The narrator went on to beg not just the Ghana government but other African leaders to come to their rescue because they might die on the streets of China.

Coronavirus started in China in November 2019 and has spread to almost every country in the world.