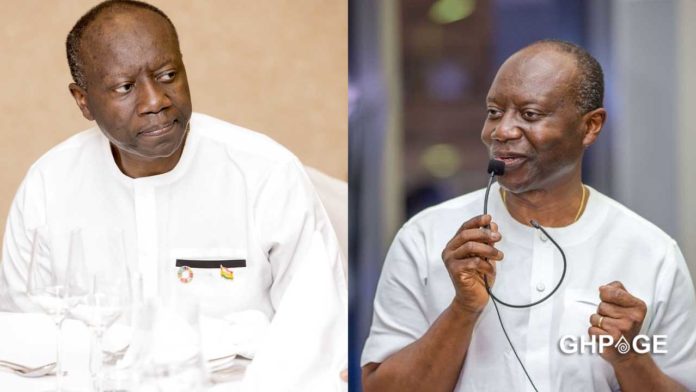 Hon. Ken Ofori Attah who is the minister of finance has stated that Ghanaians who are complaining of hardship in the country under the NPP administration are being ungrateful.

According to the minister during an interview with Chairman General Kwame Sefa-Kayi on Peace FM morning show Kokrooko his direct cousin and President of the land Nana Akuffo Addo has done well and is continuing to his best for Ghanaians.

He added that it would be ungrateful on the part of some people to saying the are suffering when indeed things are better in the country.

“If we look back from where we are coming from and where we are now, then I must say things are better now,” he told host Kwami Sefa Kayi.

He said the state of the economy is “much much better” than in January 2017, when then former President Mahama handed over power to President Akufo-Addo to lead the country.

He explained that utilities have been reduced under President Akufo-Addo, and Ghanaians ought to appreciate the benefit at stake.