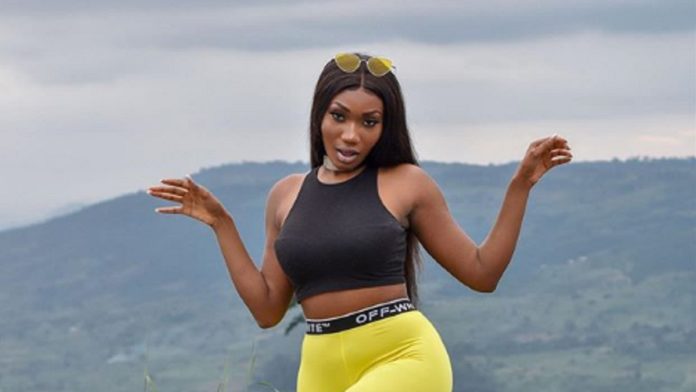 Popular Ghanaian Afrobeat artiste and RuffTown records signee Wendy Shay has stated that she wasn’t given the opportunity to prove herself which is why she is always criticized.

According to the “Uber Driver” hitmaker, she never wanted to replace the late Ebony Reigns and feels she has not been treated fairly tagging her as Ebony’s replacement.

Wendy Shay further stated that she would have loved Ghanaians to allow her to be who she wanted to be and it that way earned their acceptance.

“I feel I was not given the chance to be me, to prove what I can do well. I never said I wanted to replace anyone neither did Bullet say anything of that sort yet I was tagged like that.

In fact, I was treated unfairly on that level, I wish people had allowed me to be who I wanted to be and earned their acceptance.

I came on the scene just when Ebony had passed and so instead of them waiting for me to grow, they transferred that love to me which turned into something and that is a bit worrying.

You know, my fast rise is also part, it is something new. I came and I was making a lot of impact in a short time; people are scared of change, my fast success intimidated people so they came at me but I am really cool now.

Back in Germany, I was fighting the issue of racism so I thought coming home would have been the better choice but I was welcomed with all these things and at a point, I asked myself why me. I just didn’t get it, everything I do, people had issues with it.

I used to ask myself that if I was not welcome home then where else will I be because I love my country. Then at a point, I told myself, I will stay and fight till the end because I don’t have anywhere to go”, Wendy Shay stated.

The “Astalavista” crooner further expressed appreciation to everyone who has helped her in her career especially Bullet who is the CEO of RuffTown Records.

She further stated that she has however developed a thick skin and is currently able to handle criticisms and backlash without it getting to her.

“I thank God for the people around me, my mom, my pastor, Bullet who has been an artist before so he understands these things and thanks to myself, I have developed a thick skin over time so it does not really get to me again. I have created some kind of shield around me”, Wendy noted.