Ghanaians expressed dissatisfaction before Ken Agyapong’s ‘who watches the watchman’ 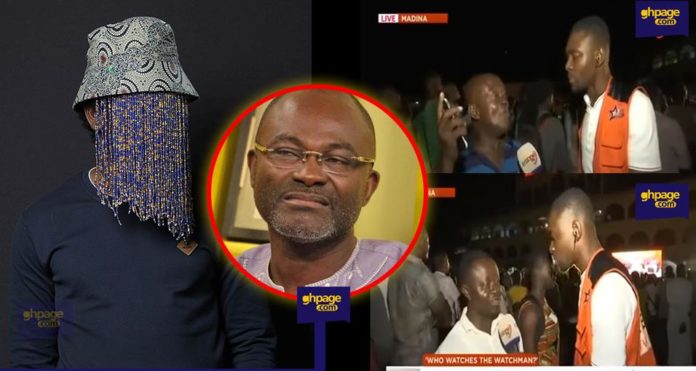 The majority of Ghanaians were left unmotivated following Kennedy Agyapong’s much-awaited ‘Who watches the watchman’ exposé.

The controversial Member of Parliament has always been on the neck of ace investigative journalist, Anas Aremeyaw Anas, for his way of operating undercover.

In recent months, Mr Agyapong has criticized ‘the Tiger Eye PI leader’ Ana’s method of investigations, describing him ‘evil’ and ‘corrupt’, and has threatened to expose him.

According to Mr Agyapong, he wants every Ghanaian to see the other side of Anas and put him into a judge if he really deserves to say someone has even taken Gh5 cedi’s bribe. He added that Anas usually entraps his victims and always spares those who pay him off.

However, on Wednesday, hundreds of Ghanaians thronged to the forecourt of Ken City media to witness the much-anticipated ‘Who watches the watchman’ exposé.

Following the premiere, it appears that most Ghanaians are not impressed and convinced in what they saw. Most Ghanaians reacted to the video ‘Who Watches the Watchman’ saying that it wasn’t that credible as compared to Ana’s #Number12 as Ghanaian’s were so furious to watch the video.

Read Also: My dossier on Anas is from his disgruntled staff – Kennedy Agyapong

Reactions from a section of the people who trooped to watch the video suggested it didn’t live up to expectation. Watch the video of some reactions below: