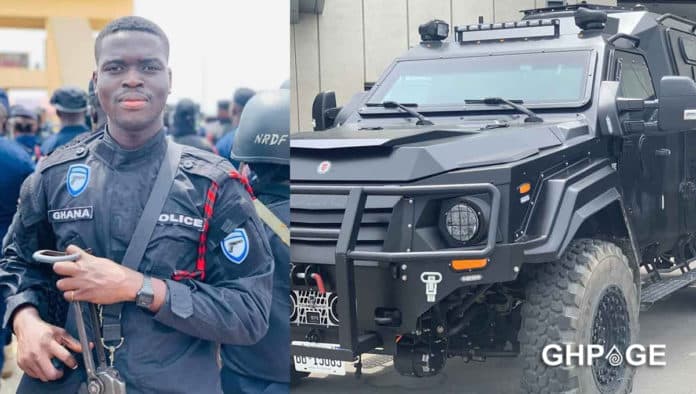 Some angry Ghanaians have questioned the Police Administration over its latest update disclosing that two policemen assisting with investigations into a series of bullion van robberies recorded in the Greater Accra Region have been shot dead.

On Monday, March 7, 2022, the Police Service announced in a statement that it had made a major breakthrough in the investigations into the robbery saga, after several months of painstaking intelligence-led operations at the highest level.

It said preliminary investigations established the involvement of the two policemen among a number of other suspects.

To the shock of many, the Police in a statement on Tuesday announced that the two personnel arrested a few days ago have been shot dead.

READ ALSO: Bullion van police officer was killed because he identified one of the robbers

In a statement dated March 8, the police said: “Constable Reindolph Gyimah Ansah and Cpl Stephan Kwaku Nyame who had been arrested in connection with the bullion van robberies were shot” during a raid at Borteyman near Ashaiman where there was an exchange of gunshot.

The two policemen “were pronounced dead on arrival at the Police hospital for treatment” the statement added.

But some Ghanaians say the claims by the police do not “add up”.

Many have wondered how the lead suspects assisting in the investigations ended up on the field during an intelligence-led raid at a hideout of the gang connected with the bullion van robberies.

See some reactions sampled below