Video: From Grace To Disgrace-This Is How Ghanaians Are Tearing Lil Win Apart For Being Tagged As A “Thief” 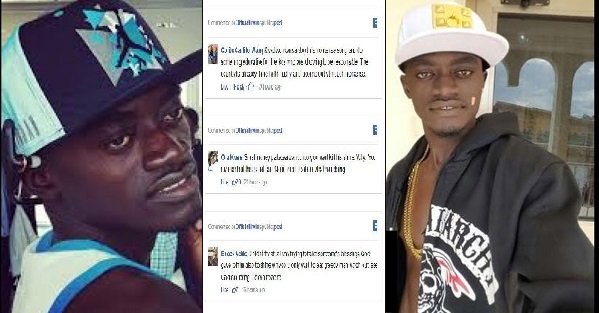 It doesn’t matter whether you are the breadwinner, an entertainer, or even the President himself, you just try and miss your movement and see how Ghanaians will tear you apart as they are doing to the famous Kumawood actor now.

Kumawood versatile actor, Kwadwo Nkansah popularly known as Lil Win has recently been on the tip of our pens for allegedly forcing himself to be in the shoes of Patapaa by trying to steal the now hit song, ‘One Corner’ which has become a worldwide event music and interesting boogie tone.

Lil Win was reported to have approached the song owner Patapaa for collaboration on a remix of his renown song “One Corner”,  but however, couldn’t convince him well with his idea because Lil Win wanted to be the owner of the remix.

After the unsucceeded collabo which sees Patapaa as been difficult, Lil Win proceeded ahead to record his own version and named it ‘corner corner’.

READ ALSO: VIDEO – ‘This is Why I Always ‘Fight’ Kwadwo Nkansah LilWin On Set’— Bill Asamoah

However, during the making of the video of ‘corner corner’ the actor streamed live on Facebook and the public used that opportunity to descend on him for being selfish and greedy.

Before this allegation, Lil Win has one time been accused of stealing his song “Ladder” from a Nigerian artist which he came out to defend.

Check out the video and some tearing comments from Ghanaians below.