Girl, 14, Gang Raped By Four Men At Elembele After Attending A Party 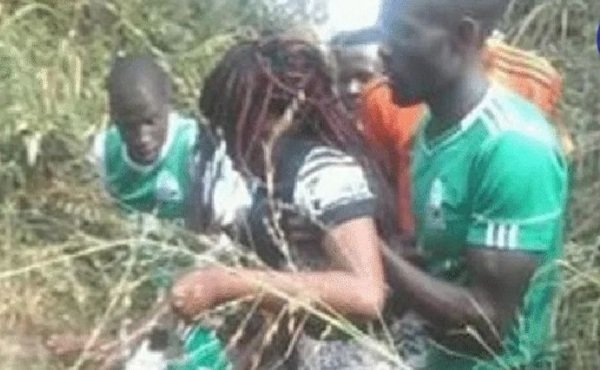 A 14-year-old girl has been raped by four men at Ellembelle in the Western Region.

The victim narrating the distaste incident on Ankobra FM revealed that the men drugged her, took her to an undisclosed location, and raped her.

It’s alleged that the ages of the perpetrators are 35, 25, 18 and 17. The case is currently being handled by the Esiama Police.

According to the victim, she received pains and drops of blood in her underwear the next day after the incident.

“I woke up the next day and saw multiple blood stains on my underwear. I also felt severe pains in my vagina and abdomen,” the victim said.

She failed to narrate the ordeal to her mother because she (victim) did not want to be beaten for attending a party. She rather confided in a friend’s mother who informed her (victim) mother.

The family of the victim has, however, lodge a complaint with the Esiama Police Station.

Meanwhile, Maa Gifty, mother of the victim said parents of three of the suspects visited her Monday evening (22-01-18) for an amicable solution, but she rejected the offer.

No arrest has been made so far even though the incident has been reported to the police.

ALSO, READ: Shatta Wale has finally opened up about his 3 children, their mums & why he is still with Michy