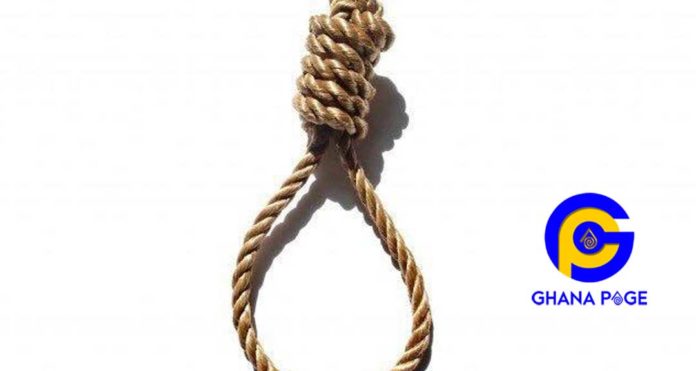 Abigail Aklugu, a 13-year-old girl has committed suicide by hanging at Nsuta in the Sekyere Central District of the Ashanti Region, Ghpage.com can confirm.

According to the report, the suicide happened on the dawn of Monday, March 25, 2019, behind the Sekyere Central District Health Directory office at Nsuta.

Sekyere Central District Health Director, Mr. Danso Yeboah Joseph revealed that he was called by the watchman at his office around 6:00 am that there is a girl hanging on a mango tree behind the office, dead.

He quickly reported the case to the police who proceeded to the scene. When The body of the 13-year-old, Abigail Aklugu was lowered to the ground and inspected, they found some whitish fluid and blood in her vagina and anus.

Her body has since been deposited at the Mampong Government Hospital mortuary for an autopsy to be conducted.

Meanwhile, the town of Nuta has been thrown into mourning with many questioning what could make a 13-year-old girl commit suicide. Others are also suspecting foul play in her death.

Ghpage.com is following the story. Stay with us