“I’ll give 100,000 cedis to the one who finds Ahmed’s killers” -Kennedy Agyapong 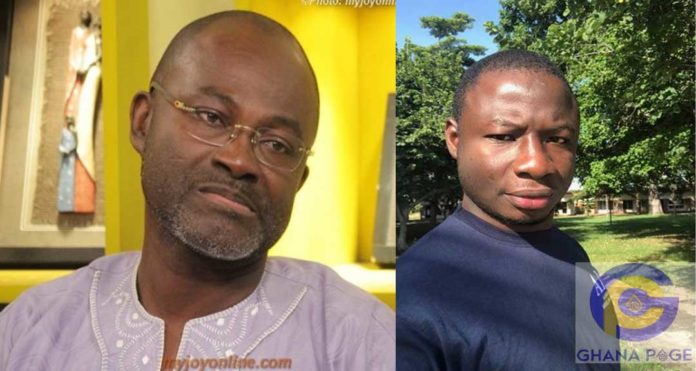 The member of parliament for Assin North, Kennedy Ohene Ayapong has promised to give GHC100,000 to anyone who provides vital information about the killers of Ahmed Hussein Suale.

According to Kennedy Agyapong, his reputation is on the line as he has been accused of masterminding the murder of Ahmed.

“All I want to do is anyone who can give information which can lead to the arrest of Ahmed’s killers, I will give them 100,000 cedis because it is my reputation on the line”, he added.

Investigative Journalist, Ahmed Hussein-Suale was murdered in cold blood by unknown gunmen on 16th January 2019 in his vehicle.

The Journalist who works with Tiger Eye PI, spearheaded by Anas Aremeyaw Anas was shot twice in the chest and once in the neck.

According to sources, Ahmed was the brain behind the Number 12 expose which captured the former President of Ghana Football Association (GFA), Kwasi Nyantakyi taking a bribe.

However, some sections of Ghanaians are pointing accusing fingers as Kennedy Agyapong for being the one behind the murder of Ahmed because he exposed his pictures after the Number 12 expose.