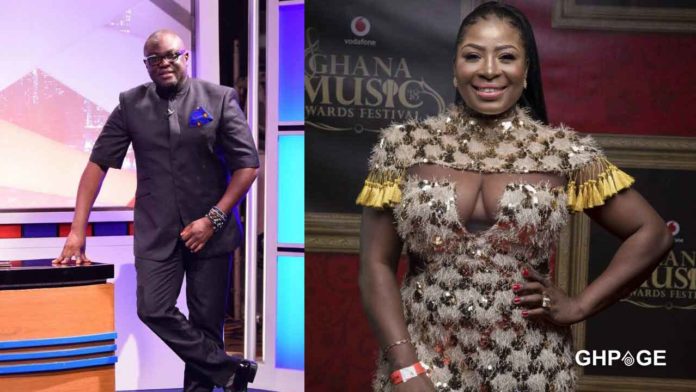 The marriage rumours between two of Ghana’s TV personalities, actress Gloria Sarfo and Mikki Osei Berko aka Dada Boat has fast been on-trend across all social media platforms.

This has left some Ghanaians asking whether truly the photos of them in circulations is something to go by or just for the cameras and for the hype.

Ghanaians got more confused after Dada Boat again took to Instagram to shower some romantic words on Gloria Sarfo shortly after the latter had posted their photos online.

Well, after this whole rumours blew up into the media space there have been several revelations that have come up, some are speculating that their photos could be a new way of promoting a movie yet to be released or better still just to cause traffic and be talked about.

In the latest regarding this issue, Gloria Sarfo and Dada Boat have broken silence after a long wait in a phone-in interview on Peace FM.

READ ALSO: Dada Boat is a married man; his wife and kids are in the UK- Gloria Sarfo warned

The two were together as of the time the host called in for the interview. The responses of Gloria Sarfo and Dada Boat did not give detailed responses to confirm whether they were marrying or not.

According to Dada Boat, there’s nothing bad if he marries Gloria Sarfo. Gloria Sarfo in her response to the marriage rumours said that she’s a very private person and does not like to make her relationship matters public hence will not talk much.