Audio: Kennedy Agyapong to go to 'Antoa Nyamaa' if Anas claims he hasn't taken a bribe before 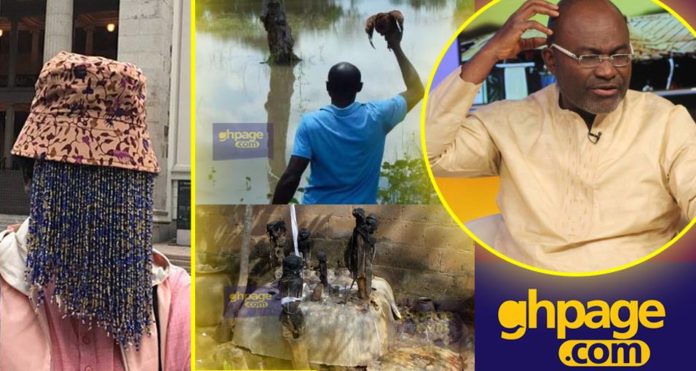 The maverick NPP MP for Assin Central, Kennedy Ohene Agyapong says Anas should accompany him to Antoa if he claims have never taken a bribe before.

Ken has said he will be premiering what he believes to be a video of Anas taking a $100,000 bribe from a businessman.

In a radio discussion on Oman’s boiling point and as monitored by GHPAGE.com yesterday, Ken stated that Anas should swear with the Antoa deity if has never taken a bribe.

“He should let us go to Antoa if he hasn’t taken a bribe before. With what I know, I will go to Antoa with him to swear- Though I don’t trust in Antoa, I have a belief that will unveil the truth for Ghanaians to know who is lying.”He stated

“He should just let us go and swear with the river deity. That, if [me] Anas, has taken a bribe before, strike me. And I [Ken] will also swear that if I am leveling lies against him [Anas] then it should strike me” Ken Added

So many public officials are not happy at Anas especially when they believe he is not just encroaching on the privacy of people but also using unauthorized means to retrieve information.

READ ALSO: ‘Our 6-Year-Old Daughter Keeps Asking Of Her Mum’ – Ken Agyapong In A Tearful Reaction To Tracy’s Death

Anas Aremeyaw Anas has been respected as the most feared investigative journalist in Africa. Having used deep investigative skills to uncover grave cases of corruption in Ghana and across the African continent.

The investigative journalist uncovered so many corrupt practices from the Tema Ports, Judiciary, Police department and now the Ghana Football Association.

READ ALSO: A leaked Whatsapp chat between one of the Ghanaian celebrities and Obengfo discussing how to get butt and boobs enlargement