I was accused of sleeping with my own sister-Kwaku Gyasi 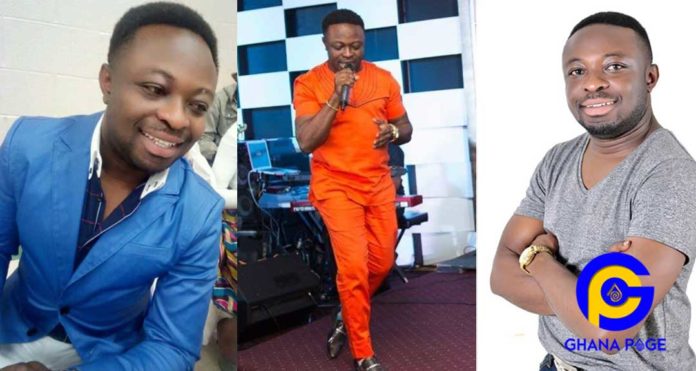 Sensational Ghanaian gospel musician, Kwaku Gyasi has debunked rumors and allegations against him that he is a womanizer and has slept with many women who have crossed her path as a musician over the two decades he has been in the music industry.

According to Kwaku Gyasi, he is not a womanizer as people have accused him off. In, fact Kwaku Gyasi claims at a point in his career there were wild rumors that he was sleeping with his own sister.

Kwaku Gyasi explained that the lady in question is his mother’s younger sister’s daughter but because he has a good relationship with her may people ignorantly peddle rumors that they were dating.

The gospel musician who is trying hard to bounce back from his years of hibernation stated emphatically that he was and he is not a womanizer and he has no plans of starting such ungodly behavior anytime soon.

SEE ALSO: ‘God comforts us in all our troubles’ – Shatta Michy

Kwaku Gyasi, however, explained that people accuse him of such because he has good relationships with women in particular and he dresses well. He added he does not really blame them for such conclusions but they are never true.

The ‘Ayeyi’ hitmaker spoke with celebrity blogger, Zionfelix when he made these shocking revelations.

Watch Kwaku Gyasi explain himself below

Kwaku Gyasi explained he is married to a Ghanaian woman based in Canada called Mercy Adusi Poku and has two children with her; a son and a daughter.