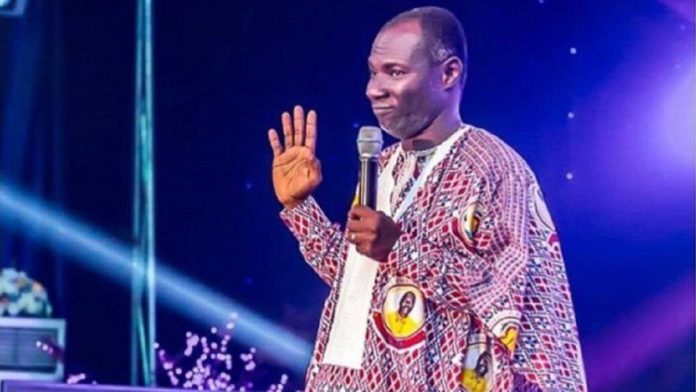 The founder and leader of Glorious Wave Church International, Prophet Emmanuel Badu Kobi has refuted claims that his church members assaulted a Journalist in her line of duty.

Management from the church claimed the Journalist from Daily Graphic lied about been assaulted and there was at no point did anyone engaged her in a physical challenge.

However, the church has ordered the Daily Graphic reporter to retract her statement and also render an unqualified apology to the church for spewing out lies.

“We again emphasize that at no point in time did any single member of the Glorious Wave Church International ever engage in any physical exchange with Madam Russell Ocloo.

In effect, she did not follow basic journalistic practice by identifying herself as present for the purpose of following up on a story as was claimed”, the statement by the church read.

On Sunday, 4th August 2019, a group of women headed by Journalist and editor of Adom FM, Afia Pokua popularly known as Vim Lady stormed the church premises of Prophet Badu Kobi over comments he made against Fante, Asante and Ewe women.

The Daily Graphic reporter identified as ClassPee Della Russel was at the venue to cover the demonstration.

According to the reporter, she was harassed and nearly lynched by the angry church members.