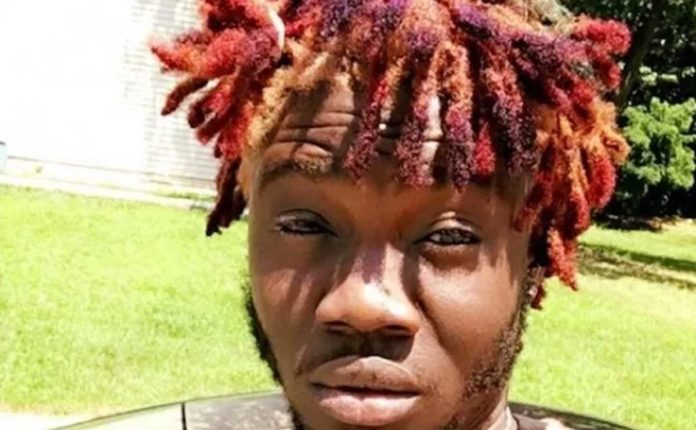 US-based Ghanaian rapper, Sam Kwabena Sarfo popularly known as Showboy has spoken from prison where he is spending jail time for stabbing his friend.

According to the musician, he is having a vacation in prison and that he is really enjoying his best life in jail.

ALSO READ: Showboy’s girlfriend dumps him just a few weeks after he was jailed

This is actually the first time Showboy has spoken since he was arrested several months ago.

The former AMG member also warned some of his friends who are scammers to not mention his name when they are arrested.

He also advised that freedom shouldn’t be taken for currently because currently his freedom has been curtailed.

“If you have freedom guide it well, I am enjoying my vacation. Prison life is a vacation. All the guys switching up on me, when I am released they should all stay in their line and don’t come close to me.

Please pray for me too so God will give me the strength to endure this”, he stated.

ALSO READ: Watch: Showboy allegedly threatened to shoot Junior US if he is jailed

The ‘Me ye guy’ crooner some months ago was sentenced to 15 years imprisonment with 6 years custodial sentence for stabbing his friend Junior US in 2017 during a fight in the United States of America.

However, one month after his arrest, his friend Junior US was murdered in his house at Philadephia.