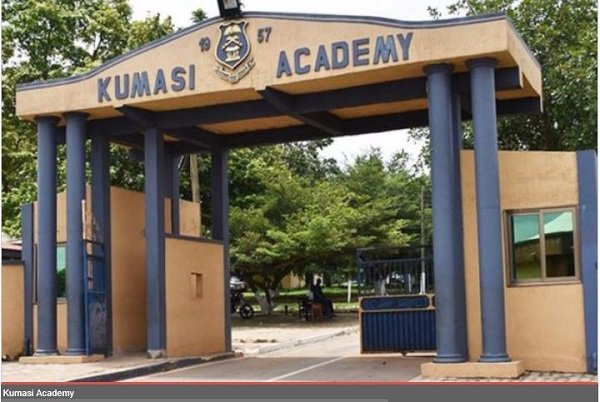 It’s been revealed that the mysterious infection that has killed 13 students of the Kumasi Academy Senior High School (KUMACA) in the last 7 months is H1N1 Influenza virus also known as Swine Flu.

The Ashanti Region Director of Ghana Health Services, Dr. Emmanuel Tinkorang made the revelation in an interview with OtecNews Piesie Lardi.

According to the Ashanti Regional Director of Ghana Health Services blood samples of the three first-year male students of the school, who died under mysterious circumstances within 48 hours were sent to the Noguchi Memorial Research Institute by the health directorates to ascertain the cause of death and the results released this confirms H1N1 Influenza as the cause.

SEE ALSO: Kumasi Academy (KUMACA) mysterious deaths – This Is What We Know So Far

H1N1 Influenza is the subtype of influenza A virus that was the most common cause of human influenza in 2009 and is associated with the 1918 outbreak known as the Spanish Flu.

Dr. Emmanuel Tenkorang gave assurance that there will be no further death as students undergo Azithromycin, a broad spectrum antibiotics medication. They are expected to complete the 3-dose medication they started on Tuesday on Thursday.

According to Dr. Tenkorang, nineteen students, 16 on admission at Kwame Nkrumah University of Science and Technology Hospital and three at Komfo Anokye Teaching Hospital are said to be responding to treatment.

Their high body temperatures are said to have normalized after taking Azithromycin, a broad-spectrum antibiotic.With these actions taken, the Regional Director of Health Services is full of hope that no student will die again at Kumasi Academy.

“Every child will survive in this school. No child will die. I must assure you. Once you take the treatment, there would be no problem. Everybody will survive,” he assured

The 13 deaths at KUMACA created an anxiety in not just the students and their parents, but also the general public as well as the World Health Organization (WHO) who sent an expert to help diagnose the cause of the deaths.

SEE ALSO: You laugh if I describe your face as ‘bofrot’; check your health – Kennedy Agyapong to omanhene in reaction to KABA’s death