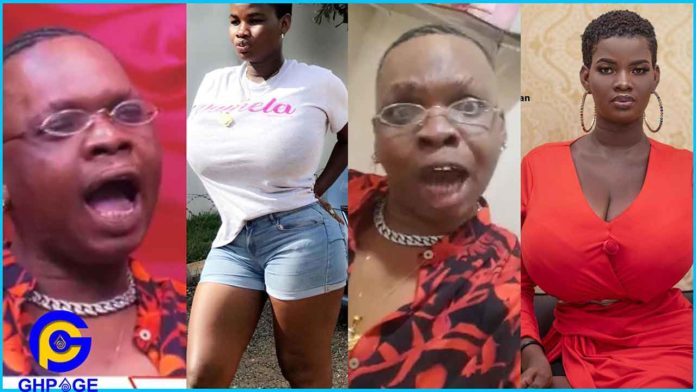 In an interview with Kumawood actor Nayas, Nana Tornado shockingly disclosed that he had a one-night stand with Pamela Odame when she was a prostitute at Osu.

He explained that he met Pamela Odame Watara at Osu 3 years ago where she was a prostitute.

According to Nana Tornado, he showed interest in Pamela Odame after she claimed she was from Kenya.

He indicated that he had plans of settling down with her but later rescinded his decision when he found out that Pamela wasn’t real to him.

However, Nana Tornado added that he was amazed when he saw Pamela on social media living a fake lifestyle.

He added that Pamela Odame portrayed a different character to him when they met and also described her as fake.

“I had a one-night stand with Pamela Odame, she was a prostitute. She told me she was a Kenyan and I believed her.

I showed interest in her but I later realized she is fake. I looked stupid when I saw her on TV because she lied to me”, Nana Tornado disclosed.

Nana Tornado also dared the popular video vixen and actress to respond to his allegations.

He also stated that he is ready to defend his accusations if Pamela Odame decides to take legal action against him.