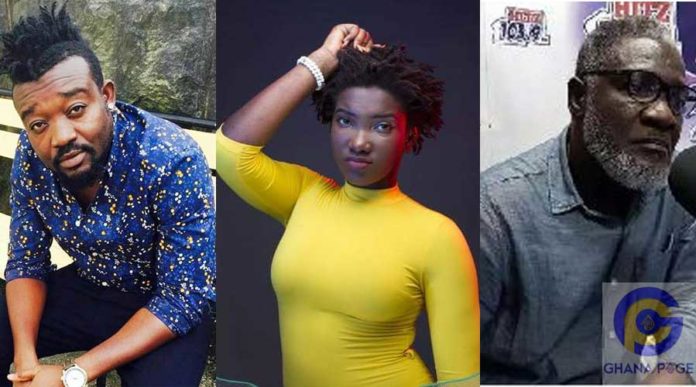 Artiste manager and CEO of Ruff Town Records, Ricky Nana Agyemang popularly known as Bullet have stated that he is ready to settle all differences with the father of the Late Ebony Reigns.

According to Bullet, he wants to play a role in organising the one-year celebration of the Late Ebony Reigns.

“I think we have a team, MUISIGA and GHAMRO. I really wish this thing can be solved so that I can even be part of Ebony’s one-year celebration.

I really want this to happen. So I’m talking to Rex Omar and Obour so that we can talk to him and solve every difference”, he disclosed.

Bullet and the father of Ebony, Starboy Kwarteng have had some misunderstandings after the death of the musician.

This resulted in Mr Kwarteng requesting for the finished and unfinished works of his daughter from Bullet.

The one-year anniversary of the late Ebony Reigns will be held soon and it is believed that Bullet is not part of the organisation and it bothers him.

ALSO READ: I lost control over Ebony Reigns prior to her death -Bullet

“We will meet on Thursday to decide everything. Settle differences, I want to be part of Ebony’s 1-year organizing team.

I need to have that relationship with the father first. I really wanna do this for my girl. I know everything is going to be fine”, he added.