The death of Lawyer Kwadwo Owusu-Afriyie popularly as known Sir John, former NPP General Secretary has come as a shocker to all Ghanaians most especially the New Patriotic Party and relatives.

The news about his death went viral in a few seconds after he was confirmed dead at the Korle Bu Teaching Hospital’s Intensive Care Unit -ICU-.

Relatives and residents in his home town, Sakora Wonoo in the Kwabre East District of the Ashanti Region gathered in front of his house to wail and cry as they mourned their hero.

In a video sighted that captured the sad and heartbreaking scenes from his hometown, some women were heard weeping uncontrollably.

Others also gave good attestations about the late NPP former General Secretary and how he used to help people in the community.

According to the reports, Sir John who was the CEO of the Forestry Commission died at the ICU of the Korle Bu Teaching Hospital.

The reports explained that Sir John died from the deadly COVID-19 after being admitted a day before.

Sir John was the NPP General secretary from 2010 to 2014. He also served as head of legal service for the Ghana National Petroleum Commission and later the acting deputy director for the same GNPC. 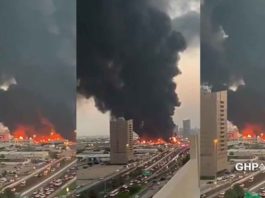 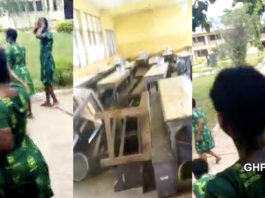 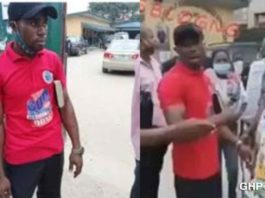