Here Are The Unknown Facts To Know About Afia Schwarzenegger 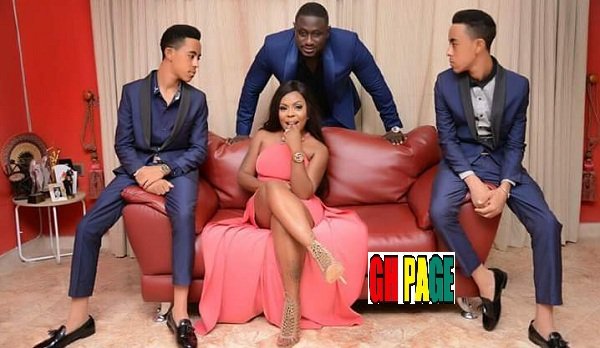 Afia Schwarzenegger born Valentina Nana Agyeiwaa is a Comedienne and TV host, Afia is well-known for her controversial character both in her profession and outside and has recently been in the headlines because of her marriage crisis.

Schwarzenegger was earlier reported to have cheated on her husband but came out to deny and even threatened to sue some bloggers for what she described as defamation.

Later after that report, her naked video and photos which were alleged to be released by her husband Mr. Abrokwah hit the public through social media and went viral in a space of 24 hours after it was leaked.

While many in a shocking and disappointing state used the opportunity to criticize her actions and character, others confidently defended her actions and even descend insults on her husband for threatening to destroy her face with acid.

However, with all these controversies about Afia, there are some couple of unknown things people may not have known about the comedienne actress.

Ghpage.com brings to you a list of some hidden facts about Schwarzenegger which may appear strange to you, check below.

1. Afia is an Ashanti, but spend most of her secondary school days in the Northen Region.

4. Talking about marriage, she has been in multiple marriages before now.

*Her first husband was a UK-based pastor, who she later divorced after finding out he already had a wife.

*She was again married to a South African man, before meeting Abrokwah.

READ ALSO: The Supposed “acid” in the bottle Lawrence Abrokwah was holding was fake – Police

5. Schwarzenegger was once a worker at South African Airways when she used to live in Johannesburg, this actually made her lived in South Africa for some years before moving back to Ghana.

6. She is carrying a license from the Future Flyers Academy in South Africa as a professionally trained cabin crew member.

7. With her controversial character, Afia has had a stretch time with a number of media groups, including Angel TV, Happy FM, Kasapa FM and UTV.