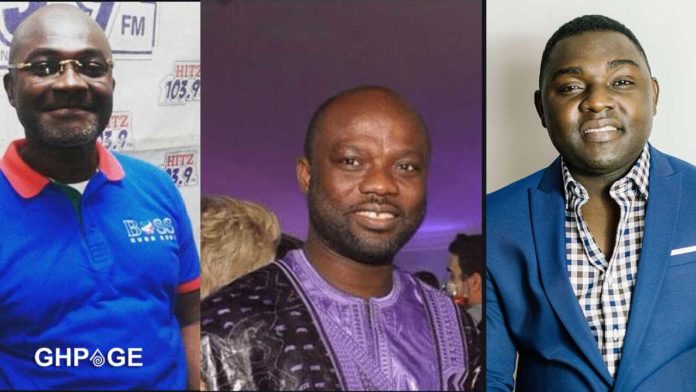 Maverick politician Hon. Kennedy Agyapong who is also the Member of Parliament for Assin Central has praised journalist and host of ‘With All Due Respect’ Kelvin Taylor for reporting him to the Federal Bureau of Investigations(FBI) in the US for the murder of late Abuakwa North MP JB Danquah Adu.

According to the Honourable member, he is thankful for the initiative taken by Kevin Taylor but what he doesn’t know is that FBI on their own cannot investigate the murder of JB Danquah Adu unless the government steps in to call on them.

Hon. Kennedy Agyapong speaking on Burning issues on Oman Fm made mention of the fact that the FBI has enough information on JB Danquah Adu’s murder.

Kevin Taylor and Kennedy Agyapong have been on the neck of each other for some weeks now.

The loudmouth politician went silent after Kevin Taylor accused him of being the main brain behind the killing of JB Danquah Adu and knowing how loud Kennedy Agyapong was and his silence on this issue made people believe indeed he had a hand in the murder.

But reacting to his silence, Hon. Kennedy Agyapong revealed that he was far away in China and since China has banned all social networks including Whatsapp, he didn’t hear of it until he came back to Ghana.