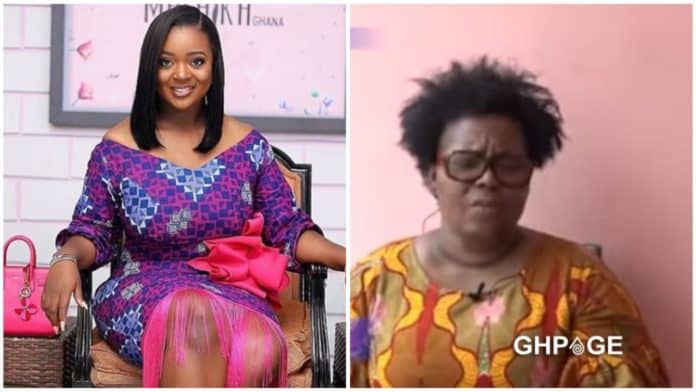 A senior actress, Adwoa Pee, who is currently bedridden has opened up to the general public concerning the bad experience she had with award-winning actress, Jackie Appiah. during an interview with Obibini TV.

As asserted by Adwoa Pee in the course of the interview, she was hospitalized at Korle Bu Hospital for a variety of diseases, including kidney stones.

The veteran actress continued that she needed 6,000 cedis in addition to what she already had and therefore decided to enlist the help of her colleagues in the movie industry.

Unfortunately for Adwoa Pee, who has been in and out of hospital 41 times, Jackie immediately hung up when she informed her that she was on hospital admission and needed 6,000 cedis.

When I called, she immediately inquired, ‘Are you still in Virginia?’ I informed her that I had been in Ghana for some time and required assistance with surgery.

“At that precise moment, she cut the line on me,”

She additionally claimed that when she hung up, multiple calls to Jackie’s phone went unanswered, and it was then that she realized that her daughter was unprepared to help her.

Adwoa Pee said she followed up by sending Jackie a text message demanding Kalsoume Sinare’s contact information. Jackie shrugged that away as well.

She further painfully stated that Jackie’s inhumane attitude still hurts her although the incident happened about 3 years ago.