Audio: ‘I am going to scatter everything’ – Annie Idibia threatens as 2Face flies to the US to meet his baby mama 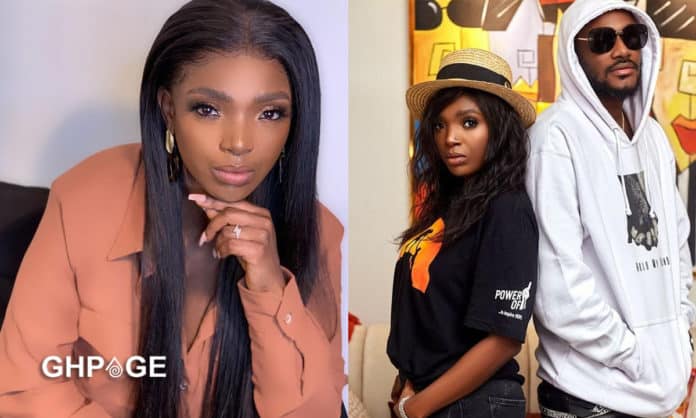 The drama surrounding the marriage of Nigerian celebrity couple Innocent Idibia aka (Tuface or 2Baba) and wife Annie Macaulay Idibia has taken a different dimension as their marital woes seem to have deepened and gotten messier.

A heartrending voice note that surfaced online Wednesday morning captures Annie Idibia pouring her heart out in anguish and vowing to show the world the wrath of an angry woman she’s at the moment.

Her fury stems from the fact that her husband, 2Face Idibia, left home early in the morning under the pretext of going out to shoot a music video with his team.

Only to be told later by an informant that the musician had actually jetted off to the United States to be with his baby mama, Pero Adeniyi – the same woman at the centre of the crisis that has rocked their marriage.

In the leaked audio, you could hear Annie screaming on top of her voice — explaining how 2Face, with the help of his cousin, Franky, absconded from the country without any prior notice.

Listen to the audio below.

On Thursday, September 2, 2021, Annie Idibia took to Instagram Stories to call out her husband over his suspected intimacy with Pero who has three children for him from their former relationship.

The actress accused 2Face of spending nights with his ex-girlfriend and baby mama under the same roof together with their children.

She further went on to claim that the family of 2Face don’t like and also support his relationship with his other baby mamas despite being married to her.

The youngest brother to Nigerian R&B and Afrobeat star, 2face Idibia, Charles Idibia has slammed Annie Idibia for revealing her marital issues to the public via social media.

In reaction to Annie’s public outcry, the youngest brother to the Nigerian R&B and Afrobeat star slammed Annie Idibia for bringing her marital issues to the public via social media.

Charles Idibia debunked all of Annie’s claims as he chastised and accused her of ranting online because things are currently not going her way.