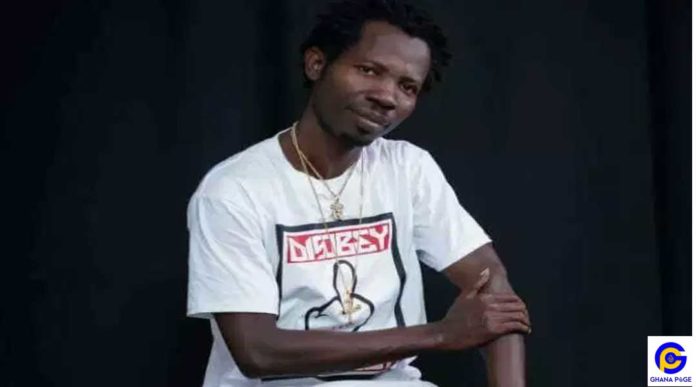 Former close friend of Kwadwo Nkansah Lilwin known as Nana Top Kay has made a surprising revelation about the house the actor gave to his mum on her 70th birthday.

According to Top Kay, the house Kwadwo Nkansah gave to his mother in 2017 as a birthday gift was just a ploy to prevent his wife from claiming ownership of the house.

ALSO READ: Lilwin cries on live TV as he narrates how Zack extorted GH5K from him

“There is a question mark to the house he gave to his mother on her 70th birthday. The house is fake and if I am telling lies may the gods punish me. After the issue with his wife, he was supposed to give her one of the houses he built so Zack and I advised him to give the house to his mother as a birthday gift.

We also told him to give his wife a plot of land and a car to pacify her for being with him when he had nothing. He decided to give his wife 15,000 cedis and so he giving the house to his mother was just a ploy. He knows his mother will pass away soon so after that the house belongs to him”, Top Kay disclosed.

ALSO READ: Kwadwo Nkansah explains why he didn’t feature in the ‘Away Bus’ movie

Top Kay in an exclusive interview with Ghanapage.com also revealed that Kwadwo Nkansah’s elder sister pleaded with him to let her stay in the house he bought for his mother but he refused.

His reason being that none of his family members helped him to achieve this success so he would not also help anyone.

Nana Top Kay also advised Kwadwo Nkansah to be mindful of his words because he (Top Kay) is grateful to him to for all the help he rendered to him.

He added that Kwadwo Nkansah should also be grateful for all the advice and ideas he and Zack helped him with to be successful.

Top Kay concluded that he doesn’t have ill intentions towards Kwadwo Nkansah but will never record a song with him again.

This issue comes after Lilwin’s wife Patricia levelled numerous allegations against Top Kay for being the brain behind the failure of her marriage.

This has resulted in Kwadwo Nkansah and Top Kay accusing and revealing secrets about each other.