How Christian Love(Obaapa Christy) snatched my husband in Germany 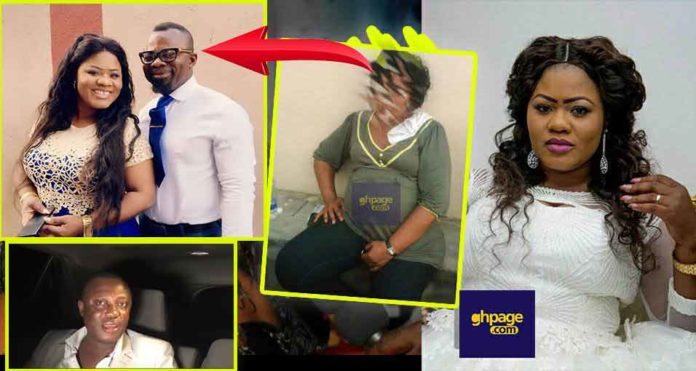 Ama Adomah aka Kate, the ex-wife of now Obaapa Christy’s husband, Nana Yaw Frankie has opened up on how the gospel musician snatched her husband from her when she visited Germany, Hamburg to be precise.

She revealed that her husband met Obaapa Christy at a house where they have reserved for visitors. By then the musician was staying in that house with one boy called C-Opoku — who had taken Obaapa as his sister.

READ ALSO: Prophet revealed the actual cause of Ebony’s death

It was after her husband’s visit to that house, then they(Obaapa Christy and her husband) started going out as boyfriend and girlfriend.

According to Adomah, she questioned her husband if he doesn’t know Obaapa Christy is a married woman and why he is doing that.

She said, her husband’s reply was that he has already slept with Obaapa Christy so she can do whatever she likes.

She described Obaapa Christy as a home breaker and an opportunist who saw her husband as someone who could help her career because, he is into photography and video directing -thus, Christy damned the consequences of what that action could lead to—Destroying a marriage which had already produced two children.

She disclosed, her husband finally moved and went to stay with Christy. Her husband refused to come home and even if he decides to come, arrive as late as 4 am.

“Finally, my husband moved to stay with Christy which he refused to come home at all.” She added.

Kate indicated that she never had problems with her husband until Christy came between their marriage.

She also disclosed that she called Christy’s then-husband Pastor Love to enquire if he was still married to Obaapa Christy which she received an affirmative response.

But also added that Pastor Love told her Christy is seeking for a divorce and now he knows why she is asking for that, meanwhile, he(Pastor Love) claimed hasn’t done anything to Christy.

Kate also revealed that she couldn’t fight with Christy or for her marriage in Germany because — though they are married in Ghana and her husband had performed the necessary marital rites in Ghana, they weren’t legally married in Germany, that’s on papers. ( I believe those who stay abroad would understand this better).

And any attempt to disrupt Christy’s conscious attempt of breaking her home would cause problems for her in Germany.

Finally, her husband called home and brought his drinks to divorce her marriage of 16 years in Ghana all because of Obaapa Christy.

Well, we all thought the rift between Pastor Love and his Ex-wife Christiana Love now Obaapa Christy which dates far back as 7 years ago has died out until Pastor Love granted an interview on Kofi TV a few days ago.

The two has been washing their dirty linen in the media by narrating their part of the story at every chance they get.

Pastor Love ignited their fight which according to the man of God, Obaapa Christy is a demon.

He said the only way Christy could have cheated on him whilst they were still married was because she is a demon and doubts strongly what is behind her ministry.