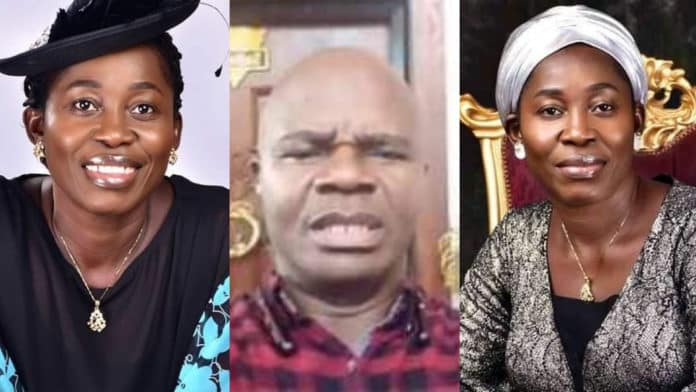 It has emerged that the sudden death of popular Nigerian singer Osinachi Nwachukwu was due to severe domestic abuse.

According to a new report, the “Ekueme” hitmaker died as a result of her husband’s constant physical abuse and uncontrolled beatings.

This is the full account of how “Ekueme” singer Osinachi Nwachukwu’s husband beat her to death as narrated by Flaming Channel TV.

The Sad Story of our beloved sister, minister Osinachi Nwachukwu has gone viral on the social media space and has resulted to so many debates and arguments.

Minister Osinachi Nwachukwu has served the Body of Christ in Nigeria and beyond with the gift God gave her. The popular song titled ”EKWUEME” which she was featured in,has blessed millions round the globe.

We have received a lot of news as to how the husband of this lady has been maltreating her. She confessed with her mouth one time that her husband would lock her up in the room and never allow her to go for ministrations even after being paid for her welfare. He made himself her manager and made it difficult and unpleasant for people, churches and organisations to invite her for ministrations.

The final news is that, the husband has been beating her and she had always kept it private and secret. Reportedly, the husband; Mr Nwachukwu, while beating her, he kicked the woman on her chest and she’s been on life support for about TWO MONTHS and finally gave up the ghost yesterday being 8th of April 2022.

In another revelation, singer Osinachi Nwachukwu revealed more information about his mother’s severed relationship with his father she was alive.

The Renowned Nigerian gospel musician, Osinachi Nwachukwu died on the night of Friday, April 8, in a hospital in Abuja after battling throat cancer.

It was gathered at the time that she has been on life support for the past two months.