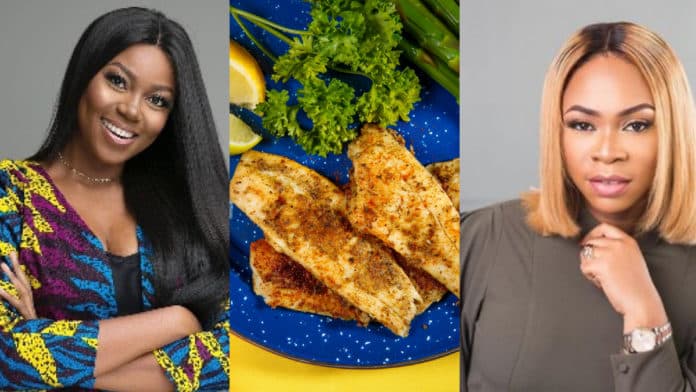 Ghanaian actresses, Yvonne Nelson and Michy have recounted their separate horrific experiences with food poisoning that nearly claimed their lives.

According to these celebs, they count themselves fortunate for surviving the near-death experience considering how famous people are usually victims of food poisoning.

She claimed it happened at an unnamed restaurant where she was having lunch with a coworker.

After what she described as a wonderful time, the actress said she returned home only to be knocked out by excruciating stomach pain.

She was quick to add, however, that to date, she is unsure whether the reaction was the result of a deliberate attempt or simply a bad combination of foods.

“I was afraid I was going to die.” I was in a lot of pain and remember crawling on the floor. That was how bad it was.”

“I’m not sure what happened that day, but I remember calling my colleague to see if she was having the same problem because, with mine, I thought I was going to die, but lo and behold, I’m still alive,” she explained.

Michy also added that her love for grilled tilapia nearly needed her life after she was poisoned.

On the same show, the former girlfriend of Shatta Wale said she started feeling very uncomfortable after eating such food at an exclusive restaurant.

Michy decided to keep some info private considering the attempt on her life some time ago which resulted in her dog getting poisoned.