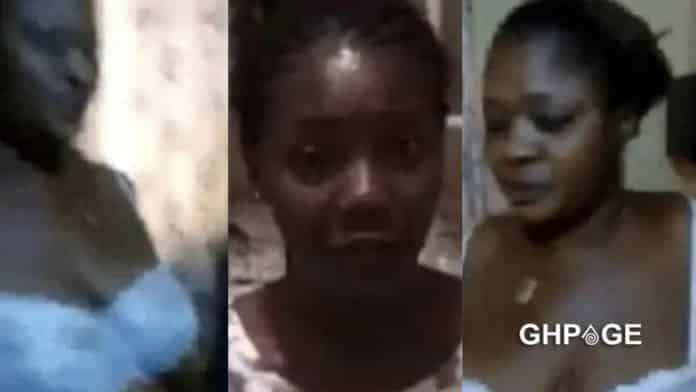 A 23-year-old woman has taken to social media to share her traumatizing discovery after walking in on her husband and his biological mother romping.

She bared out her frustration on Facebook recounting she has always known her 25-year-old husband to be very close to his mother because his dad is deceased.

She said they used to make jokes about it and even called him “mummy’s boy” for his attachment to his mum, which mostly triggered laughs.

However, she was given the shock of her entire life when she paid her husband a surprise visit only to find him naked on his bed and on top of his own mother.

Sharing her agony she wrote:

“I am completely traumatized right now. I can’t even think straight. Oh God!!! My husband has given me the worst shock of my entire life and I feel like just passing out. I can’t handle this. I’ll try to be short. My husband is 25 years old and I am 23. We’ve been married for about 2 years now.

“I used to go to his home all the time and meet with his mother. My husband’s father is late so he has only his mother whom he is so close to. I have always noticed that my husband and his mother are very fond of each other. Sometimes, when I visit him, I would see him lying down with his head on his mother’s lap. I used to joke about it and even call him “mummy’s boy” and he will just laugh out.

“Now fast forward to two days ago. I paid my boyfriend a surprise visit and what I saw threw me off guard. I just could not believe what I was seeing. When I came into the house, I walked straight to his room since that was where we normally met. It was there I saw my boyfriend náked on his bed and on top of his own mother. He was sleeping with her. I screamed his name and almost fainted.

“The two of them were shocked when they saw me. I just ran out. My husband has been calling me since then and sending text messages about him being seduced and all that. But I’m so devastated right now. I don’t even want to think about it. Oh my God. What do I do?? This man is the first love of my life.”