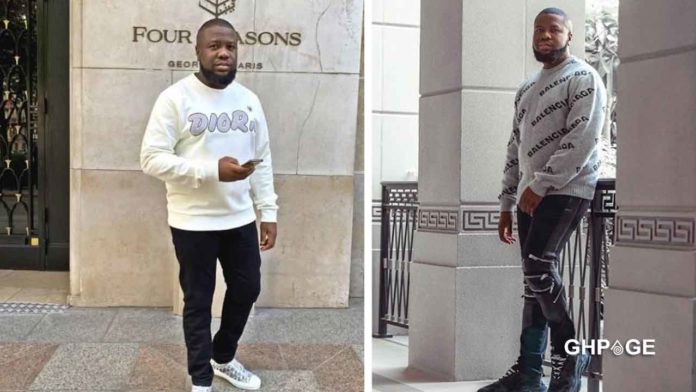 Hushpuppi, the money lauding and defrauding Kingpin as earlier shared on the website has been arrested by the Federal Bureau of Intelligence and the International Police in Dubai on Tuesday.

His arrest has been one of the most talked about subject across the globe as his arrest comes as a big win to the Federal Bureau of Intelligence(FBI) and Interpol after years of tracking their activities.

Following his arrest, there has been several revelations that has popped up on several popular blogs in Nigeria, his motherland.

A very popular Nigerian blog Legit.ng asked social media users on lessons learnt from the Hushpuppi story after he was nabbed by the FBI and Interpol.

Some of the revelations they brought up is very mind-blowing and serious;

Francisco Dennisco: “To be honest, this guy make me want to delete my mum for rituals because of his extravagant lifestyle and post on Instagram, now I know better.”

Falola Hammed Opeyemi: “He is a bad role model for many desperate youths and teenagers out there. I wish the international police scapegoat him to serve as a good lesson for the coming generation, if found guilty.”

READ ALSO: Check out the photos of all the big boys arrested alongside Hushpuppi

Daniel Akins: “I love success but phyno said and I quote” you no get work but you just dey show money and follow Gucci oo all across“ and I say that’s equals to scam..No pity for him guys we can always make an honest living.” Victor Obike Paul: “No visible or verifiable means of livelihood, yet he lives large. Too bad cos he is a bad influence on the teaming youth.”

This gives a clear indication that none should envy the wealth of another because you may not have any idea of how they go about making their money. Hustle hard and stay true to your dreams. Success is a step away from decision.