A couple of days ago, Wendy Shay shared a photo of herself via her social media accounts.  The photo led to Wendy Shay being heavily trolled for three days non-stop. Subsequently, a couple of female celebrities came to her defence and initiated a block trollers campaign.

READ ALSO: Ghanaians are hating on Wendy Shay like they did to Ebony – Patapaa

The campaign was spearheaded by Bridget Otoo. She ordered for the mass blocking of anyone who ‘cyberbullies’ Wendy Shay. She emphasised that any other person could be a victim of cyberbullying, so the way forward was to nip it in the bud, i.e by blocking and reporting trolls.

She garnered support from several Ghanaian and notable celebrities such as Nana Aba Anamoah, Yvonne Nelson, John Dumelo and a few others. Together, they began the mass blocking of the accounts which had trolled Wendy Shay.

Reacting to this, a cross-section of Ghanaians Twitter users have rubbished her anti-cyberbullying campaign, tagging it as biased. These Twitter users have slammed Bridget Otoo and her colleagues and have accused them of being gender biased hypocrites. They are of the opinion that they are only defending Wendy Shay because she is a female. They added that several Male celebrities have been trolled but no one came to their aid.

Sighting Patapaa as an example, the Twitter users noted that, Patapaa has been trolled for his looks, and for many other reasons multiple times. They also noted that Shatta Wale has been constantly trolled and referred to as ‘Gbee Naabu’ yet none of them have been tagged as victims of cyberbullying.

READ ALSO: Wendy Shay trolled on Twitter after she shared a photo looking like Beyonce and called herself beautiful

Several Twitter users have taken to Twitter to express their displeasure concerning the anti-cyberbullying campaign against the trolls of Wendy Shay. 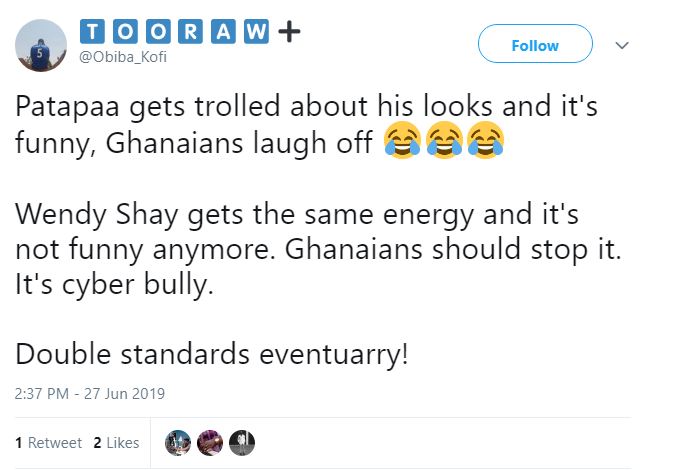 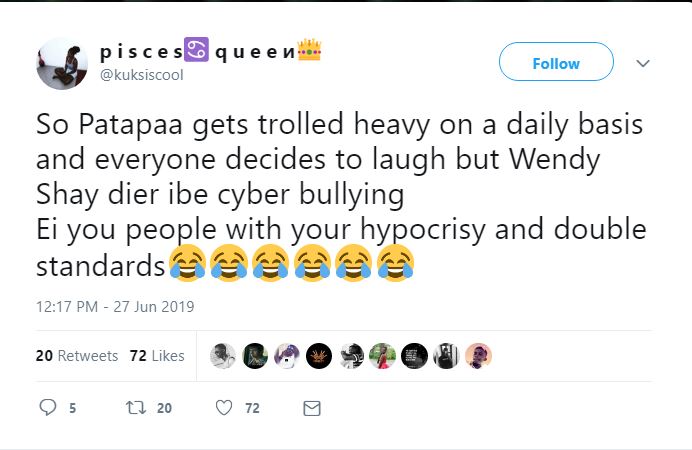 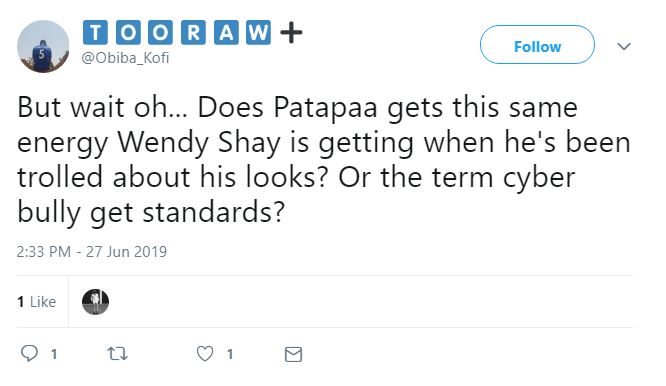 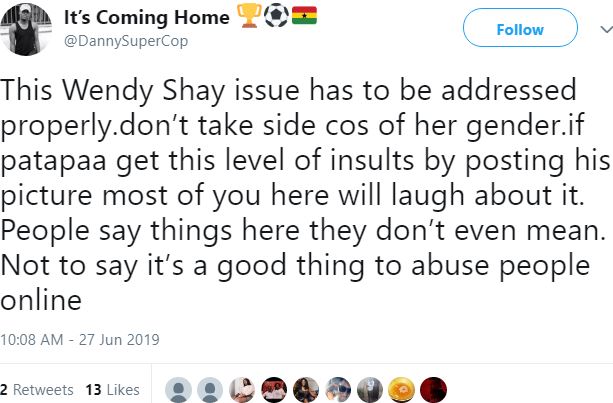 What is your take on the issue? Do you think that Bridget and co are being gender biased on are not being fair to other male celebs who have been constantly trolled on social media
Share
Facebook
Twitter
WhatsApp
Pinterest
Telegram