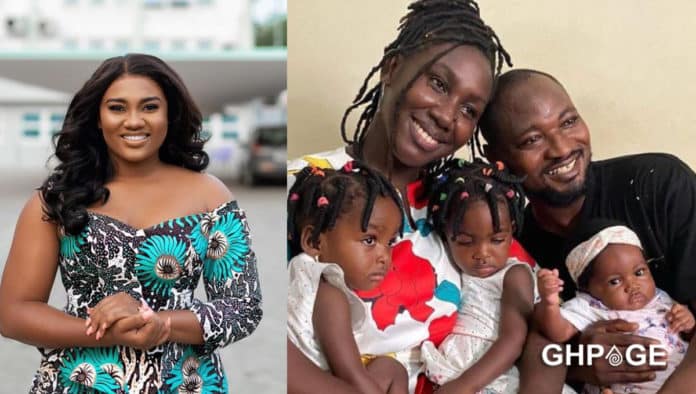 Comedian Funny Face has moved swiftly to confess to cheating on his baby mama Vanessa while she was away with their children.

In a self-recorded video posted on his Instagram page, the actor made some shocking revelations admitting that he had some relationship going on with former TV presenter Abena Korkor.

Elaborating further, he noted that the two met at D Black’s lounge and offered to help her and that’s how things kicked off between them.

Funny Face said he approached Abena Korkor under the pretext of coming into her life to assist her in dealing with her mental health issue since he has also been in her shoes before.

According to Funny Face, he’s confessing ahead of the next list Abena Korkor would drop when she experiences another relapse and decides to publicise names of people she has bonked.

On the contrary, he claimed he has never cheated on her baby mama with Abena Korkor but admitted that he slipped along the way and got involved with a certain lady.

He confessed that he slept with the lady twice while Vanessa was away with the kids but he has never cheated on her with Abena Korkor.