I don’t trust any of my 22 children – Kennedy Agyapong 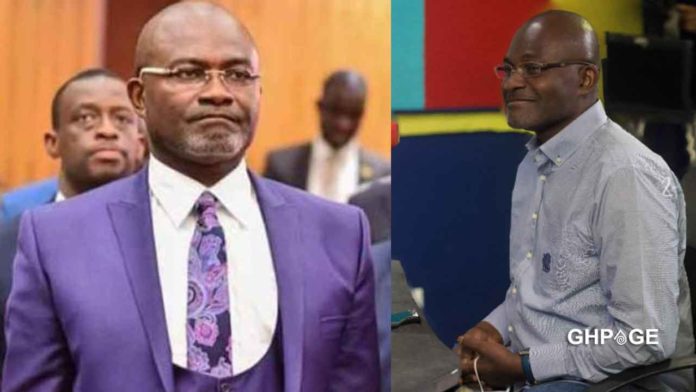 Ghanaian politician and businessman who represents Assin Central in parliament on the ticket of the New Patriotic Party Hon. Kennedy Ohene Agyapong has lately been the talk of the town for both the good and bad reasons.

The outspoken politician as he’s known for does not hide any information regarding his family and any other things that he sees not going on right, he will speak and stand for the truth.

Yesterday, the popular lawmaker made a special appearance on CitiTV’s ‘UpSideDown’ show hosted by Frema Adunyame and Ato Kwamena. He made a deep and abstruse statement on live TV saying he does not trust nor have confidence in any of his 22 children.

Hon. Kennedy Agyapong gave out the reason that you may not know who will come and save you when you need it most and again having a solid trust in one child can be a death game because he/she may disappoint you.

READ ALSO: One of my daughters is a drug addict and begs men for sex in USA- Kennedy Agyapong

“I cannot sit here and tell you I love A than B, no because I don’t have confidence in anybody. You can make a mistake by trusting one child that she or he is going to be this he will be the one to disappoint you in life and the one that you think is stubborn and will not be of help will be the one to save you.” He said.

In his view, the child you will reject and not hold in high esteem will rather be your saviour sometime to come than the child who you adore. Hence he does not make a distinction among any of his children.

The NPP firebrand, Kennedy Agyapong on the show gave out all the names of his beautiful and handsome children. See the list below;