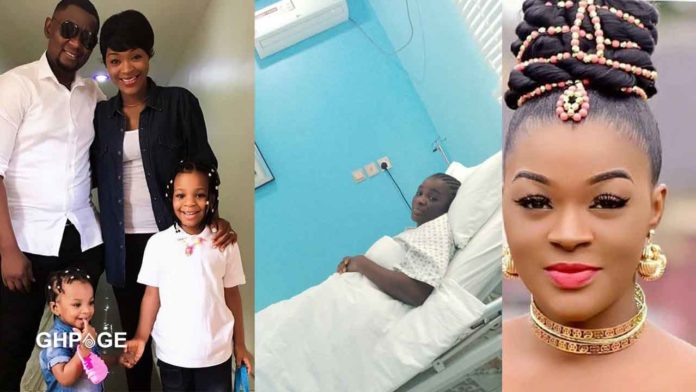 Nollywood actress Chacha Eke Fanni has announced, tearily, the end of her marriage to her husband, Austin Faani.

This is the second time in two years that the actress has come out to reveal the deep cracks in her marriage.

In an Instagram post announcing the end of her marriage to Austin, Chacha said she was living in a fool’s paradise all along.

According to her, her marriage was not as glamourous as it looked publicly as she was living with a man who was full of deceit and lies.

Chacha Eke added that the pain in her heart could potentially lead her to death or drive her into exile thus she has decided to leave her marital home.

In the cryptic note, Chacha Eke announced that she might be unreachable and when that happens, the police and her family have been notified.

“Many have died pretending all is well whilst wishing, hoping and praying for a better tomorrow. I don’t want to ‘die’ or go inexplicably ‘missing’.

“I sincerely and publicly apologize for living a lie these past years. True to random speculations, there has been trouble in my ‘perceived paradise’.

“For the second time in two years, I am here again on social media boldly declaring that I am done with my marriage.

“My long overdue/relentless stance on this is of course no news to Austin Faani, the doctors and my parents.

“If push comes to shove and suddenly I am incommunicado; my lawyers, the welfare department and the Nigerian Police Force have my testimonials in recorded video clips/statements set for public release on all social media apps and national newspapers.”

Chacha Eke in 2020, took to social media to reveal in a video that her marriage of 7 years has come to an end.

According to the star actress who is currently at the hospital receiving treatment, she was diagnosed with bipolar disorder.

“I am here at First Delta American hospital here in Asaba, I have been diagnosed with bipolar disorder”

She claimed that her husband Austin Faani has never lifted a finger on her nor raised his voice on her in their 7 years of marriage.

She said; “5 days ago I made a video saying that my marriage to Austin Faani is over. That video came with a lot of backlashes, with people saying I suffered domestic violence. That’s not true, Austin has never raised his hands on me”.

Read more about the genesis of Chacha’s marital problems HERE…