I only have Mood Swing and not Rude – Rapper EL 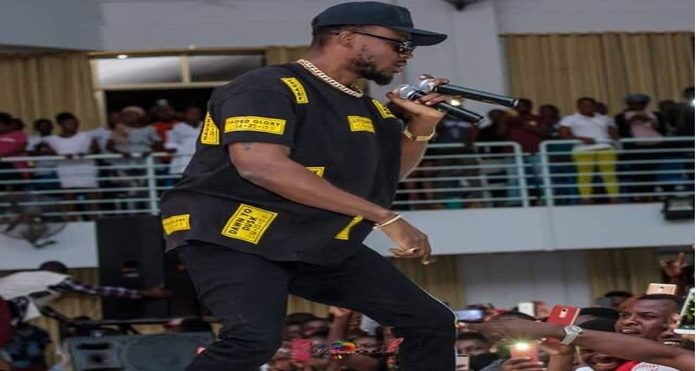 Ghanaian rapper, Elom Adablah, better known by his stage name as E.L has shot down belief that he’s very rude.

He revealed this in an interview with Natalia Andoh on Class FM that his actions largely depend on his mood at a particular time and that explains why some people think he’s rude. The Obuumo hitmaker took time to reveal via the interview more about his persona and how this ultimately affects the way he relates to others.

Also Read: Strongman begs Sarkodie to allow him to dirty himself tomorrow

It depends on the mood I’m in. If I’m in a bad mood, I’ll be rude and I can’t be nice all the time” I don’t exude rudeness, I’m a welcoming person, I try to be as warm as I can…I’m not an introvert but I like to have my space.

It’s very uncomfortable when I’m in my zone and I’m thinking about different things and I’m at a certain energy level and somebody comes with a different energy level, it gets a little worrying, so for me, that is the type of person I am.

There are people out there who don’t have a problem delving into the midst of the crowd and doing all that but I’m just a little more reserved, there are times when my adrenaline goes up and I want to be in the midst and I want to do all that but most of the time I’m very chilled and people misconstrue that as being rude.

Read Also: Is E.L. and Berla Mundi In A Secret Relationship? That Is What People Are Saying

Sometimes, too, I might need somebody and you can’t gauge how they are going to receive you because you don’t know what they think about you, what they have heard about you, so you approaching them is a little bit weird because you’re scared of the kind of reactions that you’re going to get, so, you stay away and people misconstrue that for rude as well.

I like to mind my own business and when you mind your own business people will think you are rude but I’m not rude.