I Saw Ebony’s Impending Accident And I Warned Her- Kaywa 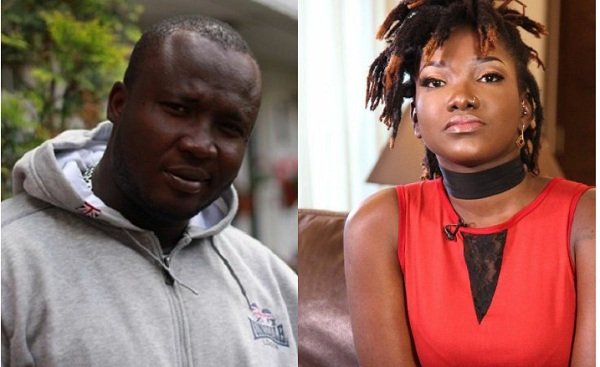 Ghanaian music producer Kaywa who of late fancies himself as a prophet has claimed that he saw Ebony’s impending accident before it happened and he warned her.

It has been a norm since the departure of Ebony every prophet in Ghana claims they saw it coming.

READ ALSO: Someone Must Pay For Ebony’s Death – Sefa Kayi

The latest prophet to join the list of prophecies is a Ghanaian music producer Kaywa who has added his voice and he claims he also saw it before it happened and he personally warned the singer.

According to him, he called both Ebony’s management and the singer personally to deliver his warning but was not heeded to.

“Just this Sunday, I traveled to the Netherlands, when I returned, I saw the same vision again so I called her [Ebony]…when I got through to her, I told her ‘Ebony, I still see the car accident, I want us to spend time and pray about it,’” he said.

READ ALSO: Kalybos Joins The League Of Mourners To Share Heartbreaking Post As He Weeps Over Ebony’s Sad Lost

Kaywa further revealed that “I prophesied it in August last year. I remember she and Bullet came to my house, even before then. I called Bullet and I told him that, ‘let’s be careful and pray for Ebony because there is a car accident on her way and we really need to intercede for her’”

Kaywa, however, said all she said was  “hmm, Kay, I will come”, but then didn’t come and unfortunately, met her demise as he had foreseen.

Counsellor Lutterodt has said Ebony was a burden to society as he expresses shock.

ALSO, READ: “We are all bunch of Hypocrites” – John Dumelo fires fellow Celebrities over Ebony’s death

Share
Facebook
Twitter
WhatsApp
Previous articleEbony’s tragic accident and the 17 truth we’ve gathered so far
Next articleHere’re the revealed Full names and ages of Ebony’s driver, friend, and soldier who died with her (With Pictures)