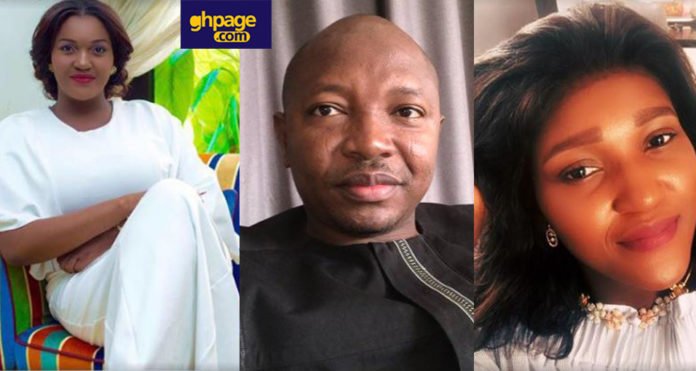 The ex-wife of Ras Mubarak (member of parliament for Kumbungu constituency), Rasheeda Adams has revealed that she served her jail term in marriage and does not want to hear the word marriage in her presence for the next 30 years.

The media personality who failed to reveal what transpired in her marriage for her to describe such moment as her time in jail, however, stated that she prefers to stay single and has afterward warned her mother not to disturb her with marriage.

According to Madam Rasheeda, she cannot kill herself because of marriage, a comment which looks very intriguing from what was found on her Facebook page.

In a post shared in the celebrating of the 16daysofactivism, the mother of two wrote on her Facebook page “Like I always say to my mum. “I’ve done my jail time”. Nobody should dare say the word “marriage” in my presence for the next 30 years.  I can’t comman kee myself”

Read Also: Lady reveals she serves her husband food by crawling, advises ladies to do same

Per her statement, the divorcee explains that marriage could be compared to a jail term and for her reason, she is not ready to go into another marriage as the world commemorates International Day for the Elimination of Violence against Women.

From 25 November, the International Day for the Elimination of Violence against Women, to 10 December, Human Rights Day, the campaign on 16 Days of Activism against Gender-Based Violence will galvanize action and support from gender rights advocates and social justice movements to end violence against women and girls around the world.

Due to the increasing cost of sanitary towels, some girls, especially those in rural areas and from economically disadvantaged backgrounds, resort to using absorbents such as dirty rags, cotton wool, leaves, and paper.

Aside from the fact that the neatness of these absorbents cannot be guaranteed and could cause diseases and infections to girls, most often they leak and soil themselves (their uniforms for girls in schools). The embarrassment these girls face as a result of soiling their uniforms during their periods causes them to miss school, which ultimately affects their academic performance.