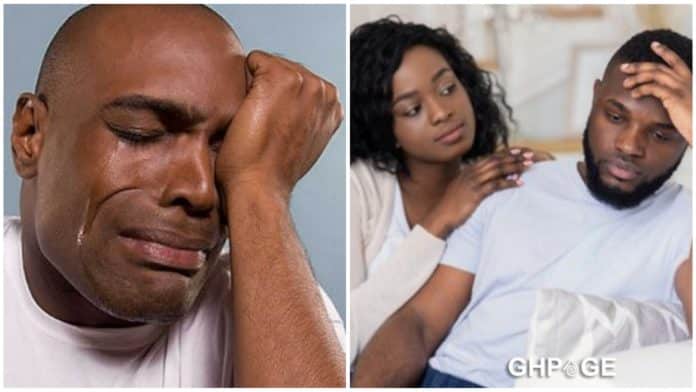 A Nigerian man whose conscience could no longer contain his guilt has left netizens stunned by his confession of having an affair with his best friend’s lover who he had planned to walk down the aisle.

Per account of the confession made via a WhatsApp chat, the man in question had sexual intercourse with his friend’s girlfriend one night when she visited him for counselling over a misunderstanding with her boyfriend.

He disclosed that she stayed till darkness fell and decided to pass the night at her place. One thing led to the other and they found themselves under the sheet.

In the private conversation, the guilty friend noted that he decided to come clean with his best friend – who plausibly would have made him his best man – due to the bond between them.

While admitting to the wrongful deed, he intimated that his confession was to save his friend the trouble of marrying a woman who is capable of cheating on him.

Amid pleas for forgiveness, he urged his friend to see the affair with the girlfriend as a blessing in disguise because it has exposed the true character of his wife-to-be.

READ THE CHAT BELOW:

“She came around that 7pm or thereabout, we spoke about the issue till about 9pm. She told you she had left my house and went home but the truth was she spent the night.

“I mean she was like, it was late and I didn’t mind her staying over. I told her she should call you up instead but since y’all weren’t really in Good terms she didn’t wanna go to your place

“Well I got the other room ready for her and I went to my room. Fam your babe called me right from the second room saying she was scared to sleep alone especially in an environment she wasn’t too familiar with and if she could come sleep with me.”

“Well the end of the whole gist was we ended up having sex and made me promise it stayed between us.

“But fam I can’t watch you get engaged to someone that cheated on you with one of your friends.

“I f*ck up fam, I know I did and I am sorry But I think you need to know before you take this big step you about to.

“I need you to see it as I helped you dodge a bullet cos if she can do this to you who knows what she might do later.

“I just want what’s best for you bro. You like a brother to me. You helped me through difficult times and I care about your future.

“I’m sorry it happened but you need to know this before you go pop the question to the wrong person.”