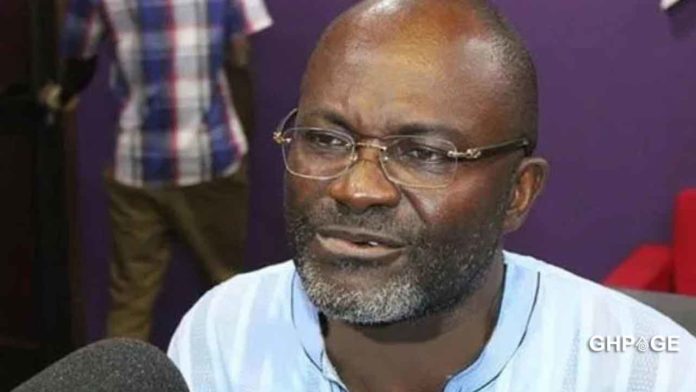 Kennedy Agyapong’s mission to expose fake men of God in Ghana is one of the leading and most talked about topic in the country at the moment.

Very determined to go the extreme and crush them down for the benefit of all especially the less knowledgeable of their (fake pastor’s) gimmicks.

The honourable member of parliament today speaking on Atinka TV in an exclusive interview said he’s not stopping on at anything in his quest to fight for congregants who are blinded and drunk in the false indoctrination of some pastors.

In his words on live TV, Hon. Kennedy said will use money to influence the exposé of the evil deeds of all the fake pastors.

Meaning aside dealing with them with strong evidences, he would pump in money to people for more informations to be brought to his desk in his fight against fake pastors.

Because those clergymen also uses money to cover their traces each time they do a bad thing, take advantage of people or commits heinous crimes all under the shade of preaching the word of God.

Meanwhile, the MP for Assin Central will today on Net 2 TV continue his series of expose on Fake men of God. Lately he’s turned his satellite to the leader and founder of Prophetic Hill Chapel, Prophet Nigel Gaisie.