“I Wish Ebony Was My Daughter” – Oheneba Kissi 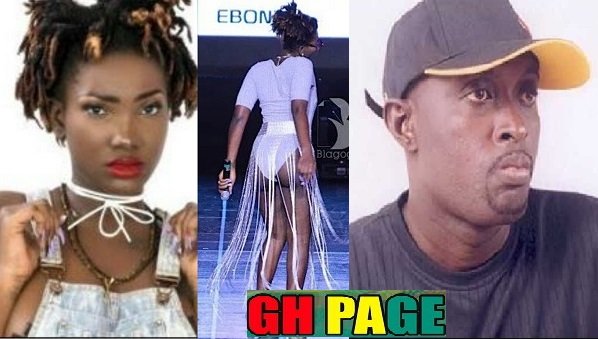 Upon all the heavy criticisms on Ebony and the bad-girl tag, the sensational artist is not only loved by teenagers but legends and old-timers also have heavy interest in her.

READ ALSO: This Is All You Need To Know About The Raging Beef Between Akoo Nana And Obour

Ghanaian highlife legend, Oheneba Kissi has expressed his fatherly affection for female dancehall artist Ebony, describing her as the best among all her colleagues.

Oheneba Kissi in an interview last Saturday disclosed it to Showbiz that, although he hasn’t met the artist in person but wished she is his daughter.

“I wish I had a daughter like Ebony because she is so talented and extraordinary. I would have pampered her, sang with her and showed her love like my only child, ” he said.

READ ALSO: Video: Counselor Lutterodt Reveals Why He Was Heartbroken To Hear About Yvonne Nelson’s Baby

He continued to explain that he has had the chance to listen to the great songs from Ebony and would opt for her over all the female artist in Ghana.

“The other female musicians are good but Ebony is much better. I don’t know how she does it but her voice is unique and everything about her is so cool,” he added.

Speaking of their possibilities on a future collaboration, the “ABC Of Love” composer said he is more than willing and eager to have a collaboration with Ebony anytime on any day because the 90s bad girl’s brand is super.

He added that he would teach her a thing or two in music if by chance they come across each other.

“For a musician like me to associate his brand with Ebony shows how much I admire what she is doing. She is doing so well and I’m rooting for her to win VGMA Artiste of the Year next year,” He disclosed.

Back to his own music career and what he has been doing currently, Oheneba Kissi whose last album was seen in 2008 revealed that he is yet to release a new album next year.

Oheneba Kissi explaining his reasons for staying idle for such a long time based on the point that the music contents and style have changed now so he is studying the game to know which songs Ghanaians really want.

“Gone were the days when I and some other musicians were all over the place playing shows and making the money but now we have a different crop of musicians who are doing fantastic,” he indicated.

He again threw advice to the young and upcoming musicians to push themselves closer the older ones to drain some knowledge which can help their career.